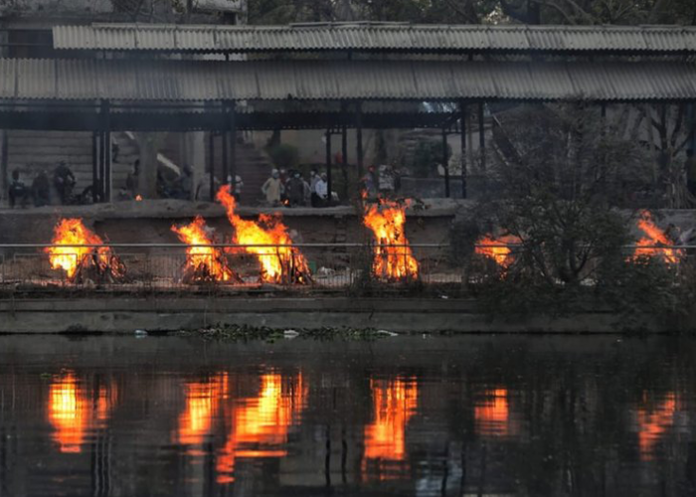 Staff is working around the clock, while parks and other empty spaces are also being utilized for cremations.

Families have had to wait hours before being allowed to cremate their dead due to the rise in demand.

Deaths have been surging in India as a second wave of infections devastates the country.

The rising number of deaths – 380 were recorded in Delhi alone on Monday – has left crematoriums in urgent need of space.

At the capital city’s Sarai Kale Khan Crematorium, at least 27 new pyres have been built and dozens more are being added in a nearby park. Officials are also looking for additional space near the city’s Yamuna river bed.

A worker at the crematorium, which originally had capacity for only 22 bodies, told The Hindu newspaper that they are operating continuously from early morning until midnight

In Delhi, the authorities have reportedly cut down trees in city parks for use as kindling on funeral pyres. Relatives of the dead have also been asked to help with cremations by piling wood and assisting in other rituals