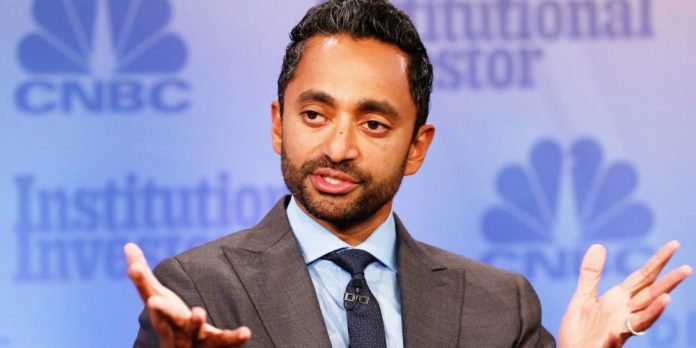 Chamath Palihapitiya “totally missed” investing in Coinbase because he didn’t recognize the value in owning bitcoin as well as the companies based on it.

In a series of tweets, the billionaire investor and Virgin Galactic chairman said that he opted to buy bitcoin rather than a piece of the cryptocurrency exchange.

“My logic was that there was better convexity in bitcoin itself,” the Social Capital CEO said. However, he “got really lucky” because years earlier he invested as a limited partner with an investor who owns a big chunk of Coinbase, he added.

In his tweets, Palihapitiya recommended owning both bitcoin and the companies based on it. “The right decision then was to invest in NEITHER or invest in BOTH,” he tweeted, stating that the second option would have been best to pursue at the time.

Coinbase is set to be  directly listed on the NasdaQ index on April 14. Its initial valuation is yet to be confirmed, but the company said in March that it had a valuation of around $68 billion.

The crypto exchange updated the market with its preliminary first-quarter results on Tuesday. It reported total revenue of $1.8 billion as trading volume surged to an estimated $335 billion, up from $89 billion in the preceding quarter.

Coinbase pegged its net income at $730 million to $800 million, a sharp increase from the previous quarter. The company’s growth partly reflected the number of active users on the platform, which more than doubled last quarter to 6.1 million.

On Tuesday, Coinbase also launched a cryptocurrency alliance alongside sector giants such as Fidelity, Paradigm, and Square.