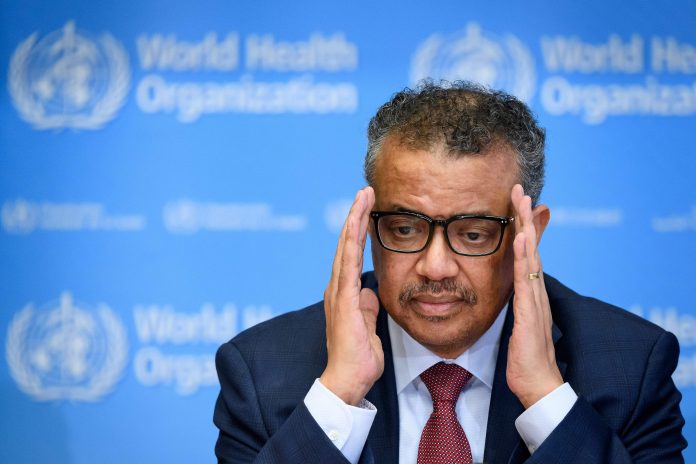 The head of the World Health Organization said on Thursday that reported comments by U.S. Secretary of State Mike Pompeo questioning his independence were untrue and would not distract the organisation from its work in fighting the coronavirus.

Director General Tedros Adhanom Ghebreyesus has come under criticism, especially from U.S. President Donald Trump and Pompeo, who have accused him of being pro-China.

“And the comments are untrue and unacceptable and without any foundation, for that matter,” Tedros said in response to a question at a Geneva briefing about remarks by Pompeo reported in London on Tuesday.

“Our sole focus – and the focus of the entire organisation – is on saving lives.

“…And WHO will not be distracted by these comments. We don’t want the international community also to be distracted.”

A WHO advance team has been in China for nearly two weeks, organising a WHO-led international mission to investigate the origins of the virus. Scientists believe it emerged in a food market in the central city of Wuhan late last year.

“We are already beginning to reach out to experts at the international level to see who will be available and most appropriate to be able to support an international mission in the coming weeks,” Mike Ryan, WHO’s top emergencies expert, said.

Tedros said the WHO was seeing intense transmission of the coronavirus in relatively few countries.

“Two-thirds of all cases are from 10 countries. Almost half of all cases reported so far are from just three countries,” he said, referring to the United States, Brazil and India.

Worldwide more than 15 million cases have been reported and nearly 620,000 deaths, he said.

Recorded U.S. coronavirus infections exceeded 4 million on Thursday, with more than 2,600 new ones every hour on average, the highest rate in the world, according to a Reuters tally.

Infections in the United States have rapidly accelerated since the first COVID-19 case was detected on Jan. 21. It took the country 98 days to reach 1 million cases. It took another 43 days to reach 2 million and then 27 days to reach 3 million.

It has only taken 16 days to reach 4 million at a rate of 43 new cases a minute.

Tedros said that just because cases may be at a low level where someone lives, it doesn’t mean they should let down their guard.