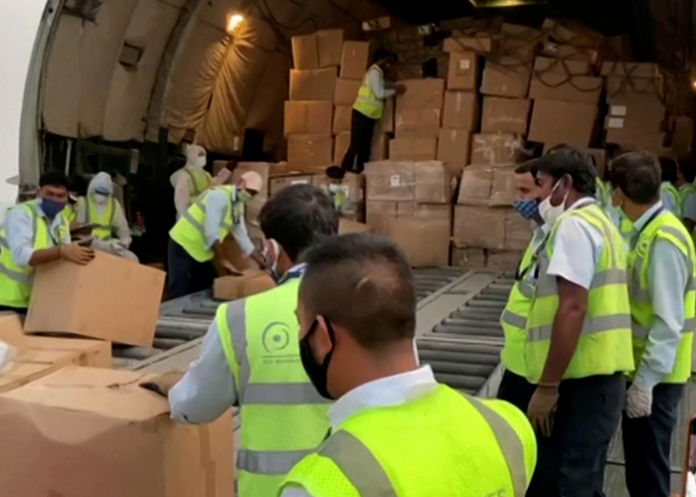 Planeloads of ventilators, medicines and oxygen equipment began pouring into India, from countries including the UK and the US, at the start of last week. By Sunday, some 300 tonnes of supplies on 25 flights had arrived at Delhi International Airport alone.

But – as cases continue to reach record levels across the country – concerns are mounting about delays in supplying the aid to those most in need.

For several days, much of the cargo sat in airport hangars as hospitals called for more support. The supplies did not begin being distributed until as late as Monday evening – more than a week after the first batch of emergency assistance arrived, state officials have told local media.

The Indian government has strongly denied there is a delay, issuing a statement on Tuesday evening saying it had introduced a “streamlined and systematic mechanism” for distributing the supplies. The health ministry said in the statement it was “working 24×7 to fast track and clear the goods”.

But on the ground, officials in some of India’s worst-hit states told the BBC that they had still not received any supplies.

Kerala – which recorded a record 37,190 new Covid cases earlier this week – had still not received any aid by Wednesday evening, the state’s health secretary, Dr Rajan Khobragade, told the BBC.

He asked that the equipment “be allotted to Kerala on a priority basis, considering the fact that Kerala has one of the highest active case loads in the country”, in an open letter to Mr. Modi on Wednesday.