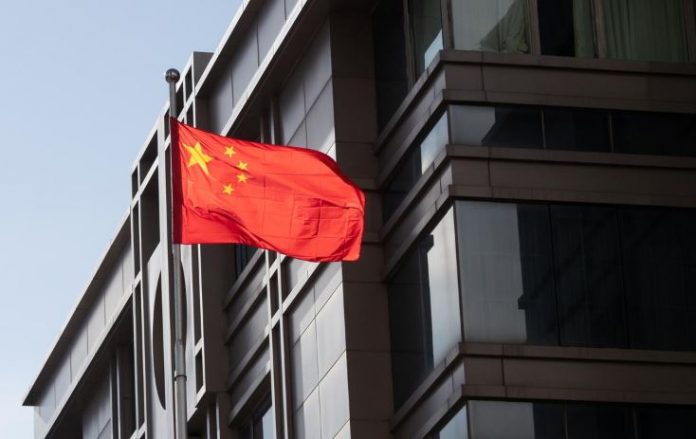 The United States has told China to close its consulate in Houston in a dramatic worsening of ties between the world’s two biggest economies, and a source said Beijing was considering shutting the U.S. consulate in Wuhan in retaliation.

Washington “abruptly demanded” closure of the Houston consulate on Tuesday, China’s foreign ministry said, calling the move an “unprecedented escalation.” The editor of an official Chinese media outlet said China had been given 72 hours to do so.

The State Department confirmed the decision and said the move was made “to protect American intellectual property and Americans’ private information.”

Beijing condemned the order and threatened retaliation, but did not say what measures it might take.

Speaking on a visit to Denmark, U.S. Secretary of State Mike Pompeo offered no specifics, but repeated accusations about Chinese theft of U.S. and European intellectual property, which he said were costing “hundreds of thousands of jobs.”

“President Trump has said enough – we are not going to allow this to continue to happen,” he told a news conference.

“We are setting out clear expectations for how the Chinese Communist Party is going to behave. And when they don’t, we are going to take action to protect the American people, protect our national security and also protect our economy and jobs.

“That’s the actions that you’re seeing taken by President Trump, we’ll continue to engage in this,” Pompeo said.

Ties between the United States and China have worsened sharply this year over a range of issues, from the coronavirus and telecoms gear maker Huawei to China’s territorial claims in the South China Sea and its imposition of a new security law on the former British colony of Hong Kong.

The deterioration comes in the run-up to the November U.S. presidential election, in which President Donald Trump and his Democratic rival, Joe Biden, have appeared to compete over who can look tougher in response to China.

Late on Tuesday in Houston, media reported that documents had been burned in a courtyard at the consulate. Chinese Foreign Ministry spokesman Wang Wenbin said the consulate was operating normally, declining to comment further on those reports.

State Department spokeswoman Morgan Ortagus said the United States would not tolerate China’s “violations of our sovereignty and intimidation of our people, just as we have not tolerated the PRC’s unfair trade practices, theft of American jobs, and other egregious behavior.”

It was not immediately clear why China’s Houston consulate had been singled out.

“The unilateral closure of China’s consulate general in Houston within a short period of time is an unprecedented escalation of its recent actions against China,” Wang told a regular news briefing.

“We urge the U.S. to immediately revoke this erroneous decision. Should it insist on going down this wrong path, China will react with firm countermeasures.”

“It’s kind of the central node of a massive spy operation — commercial espionage, defense espionage,” he told Fox News. “…They use businessmen as fronts in many cases to try to influence members of Congress and other political leaders at the state and local level. So it’s long overdue that it be closed.”

A source with direct knowledge of the matter said China was considering closing the U.S. consulate in Wuhan, where the State Department withdrew staff and their families early this year amid the coronavirus outbreak that first emerged in the central city.

China’s foreign ministry did not immediately respond to a request for comment on whether it would shut the consulate.

Daniel Russel, the chief U.S. diplomat for East Asia until early in the Trump administration, said the U.S. move was both dramatic and unprecedented, would bring retaliation by Beijing and further reduce diplomatic channels between the two sides.

“The abrupt, 72-hour eviction deadline seems calculated to add insult to injury,” he said. “And given that President Trump has decided to run for reelection against China, it seems plausible that this move has more to do with politics than with intellectual property.”

Wang charged that the U.S. government had been harassing Chinese diplomats and consular staff for some time and “intimidating and interrogating Chinese students and confiscating their personal electrical devices, even detaining them.”

He said the United States had interfered with China’s diplomatic missions, including intercepting diplomatic pouches and confiscating Chinese items for “official use”. He did not specify whether the actions were related to Houston.

The State Department did not immediately respond to a request for comment on the Chinese charges.

Last month, the U.S. embassy in Beijing said that the United States would resume operations at the Wuhan consulate soon.