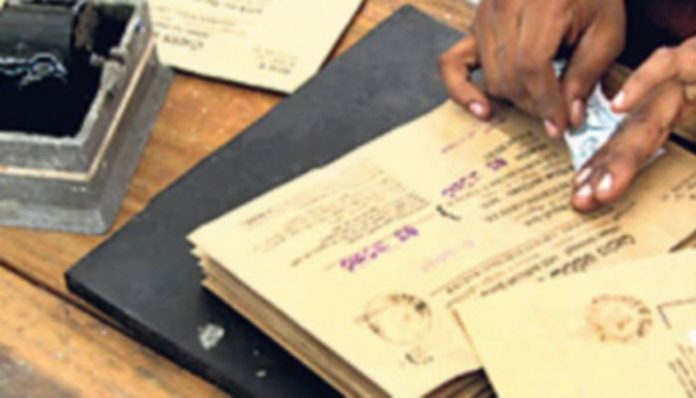 Postal voting of the General Election 2020 has entered its fourth consecutive day.

The members of security forces, the Police, the Civil Security Department, health sector workers, staff of District Secretariats, and election offices will cast their postal votes from 9.00 am to 4.00 pm today (16) and from 9.00 am to 2.00 pm tomorrow (17).

The process kicked off on Monday (13) with the staff members at the offices of Medical Officers of Health (MOH) casting their absentee votes from 9.00 am to 4.00 pm.

Marking postal votes for the General Election 2020 will go ahead on weekdays until the 21st of this month.

The staff of state sector offices cast their absentee votes yesterday (15) and the day before (14).

Those who are unable to mark their postal votes on the aforesaid days due to unavoidable circumstances are allowed to do so on the 20th and 21st of July at their respective District Election Office.

However, the 4th of August has been declared as a special date for people, who are under quarantine following the detection new positive cases from the new COVID-19 cluster linked to Kandakadu Rehabilitation Centre, to mark their postal votes, the Chairman of the Election Commission Mahinda Deshapriya said.

In the meantime, People’s Action for Free and Fair Election (PAFFREL) noted that the postal voting has been largely peaceful so far.

Executive Director of the PAFFREL Rohana Hettiarachchi said the organization will continue to monitor the process.