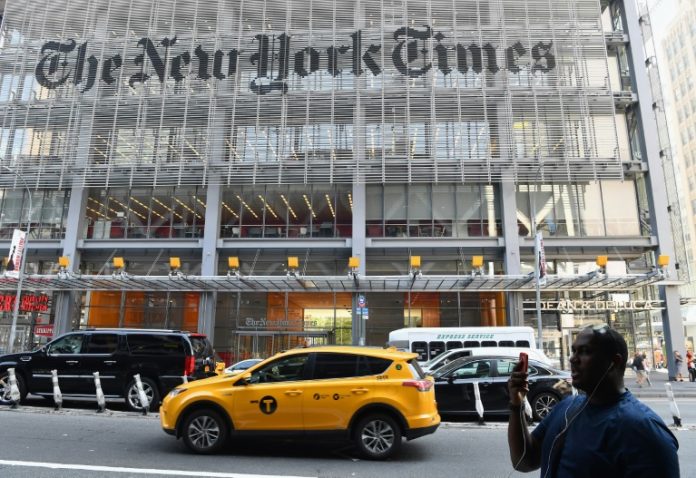 The New York Times picked up the most awards as the 2020 Pulitzer Prize winners were announced virtually on Monday owing to the coronavirus outbreak.

Prize board administrator Dana Canedy declared the winners from her living room via a livestream on YouTube rather than at a ceremony at New York’s Columbia University.

It also won the international reporting prize for a series of stories on Russian President Vladimir Putin’s regime.

The paper’s Nikole Hannah-Jones won best commentary for a personal essay that viewed America’s origins through the lens of enslaved Africans.

The Pulitzers are generally regarded as the highest honor that US-based journalists and organizations can receive.

The Courier-Journal in Lexington, Kentucky won the breaking news reporting prize for its coverage of hundreds of last-minute pardons from Kentucky Governor Matt Bevin.

The explanatory reporting prize was awarded to the staff of The Washington Post for a series that showed the effects of extreme temperatures on the planet.

The Baltimore Sun took home the local reporting accolade for reporting on a financial relationship between the city’s mayor and a public hospital system that her office oversaw.

Two organizations won the national reporting award: ProPublica for an investigation into a series of accidents in the US Navy and The Seattle Times for coverage that exposed design flaws in Boeing’s 737 Max.

Ben Taub of The New Yorker won the feature writing award for a story on a Guantanamo Bay guard’s growing friendship with a captor who was tortured.

The Associated Press was awarded the feature photography prize for images showing life in the contested Kashmir as India revoked its semi-autonomous status.

A special citation was awarded to Ida B. Wells, an early pioneer of investigative journalism and a civil rights icon.