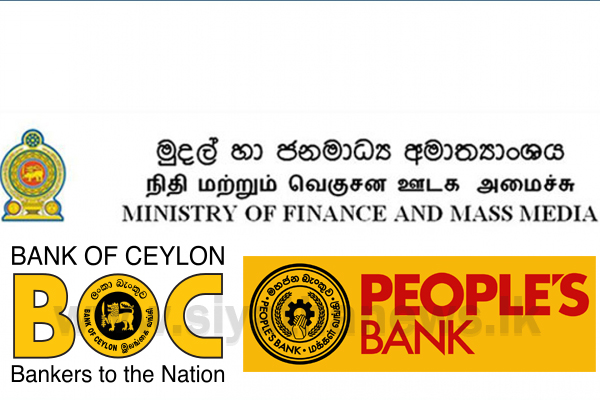 New Acting Chairpersons have been appointed to the bank of Ceylon (BOC) and the People’s Bank, stated the Ministry of Finance and Mass Media.

The Senior Deputy Secretary to the Treasury, A.R. Deshapriya has been appointed as the Acting Chairman of the Bank of Ceylon.

A.M.P.M.B Atapattu, the Deputy Secretary to the Treasury, has been appointed the Acting Chairman of the People’s Bank.

These appointments have been made by the Minister of Finance and Mass Media Mangala Samaraweera, stated the Finance Ministry.

The Ministry further said that these two officers are serving as Treasury representatives in the Boards of Directors of the two banks.