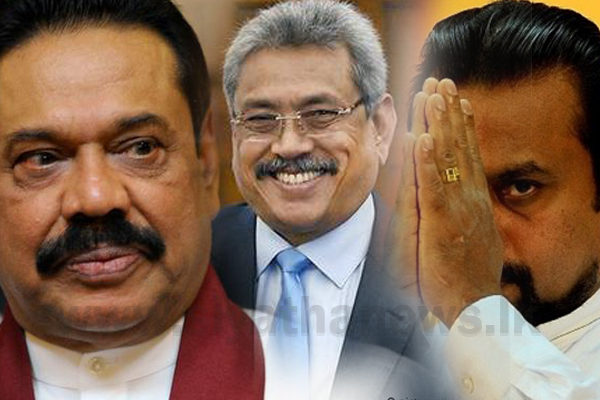 UPFA MP Wimal Weerawansa has expressed his views on who he believes should be the next presidential candidate if former President Mahinda Rajapaksa is unable to contest.

Speaking during an event in Meegoda, the National Freedom Front (NFF) leader says that if Mahinda Rajapaksa cannot contest the next Presidential Election, the most suitable leader to become the candidate is his brother, Gotabaya Rajapaksa.

Weerawansa said that the former Defence Secretary is a leader who has actually “done the work and shown”  and that he is not a leader “who only makes speeches.”

He said that Gotabaya is a leader sacrificed his sleep in managing the tri-forces and defeated the Tamil Tigers with the blessing of Mahinda Rajapaksa.

The MP claimed that the former Defence Secretary eradicated the underworld, brought discipline to the city of Colombo and also ended the practice of pasting posters and dumping garbage everywhere.