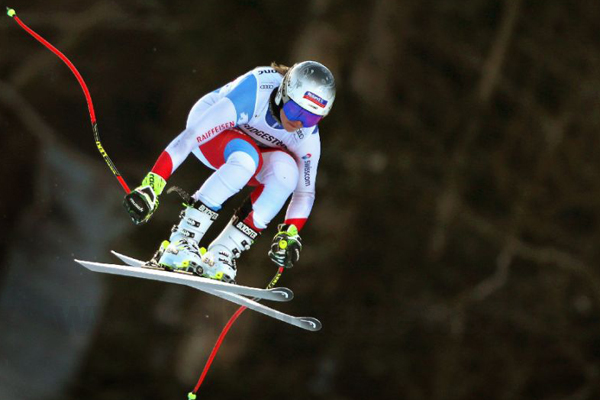 American Lindsey Vonn skipped the women’s second downhill training at the World Ski Championships in Are, Sweden, on Wednesday.

The 34-year-old, whose last race of her illustrious career is slated to be Sunday’s downhill, crashed in Tuesday’s super-G.

After receiving treatment on sliding with force into the safety netting, Vonn was able to ski down unassisted.

Speaking afterwards, she complained of a bruised eye, sore neck and ribs, but insisted her suspect knees were unaffected.

“When I said I wanted to make memories in my final races this wasn’t exactly what I had in mind,” Vonn said.

“Thankful that nothing worse happened: just a black eye, sore ribs and stiff neck. Thankful I had my airbag on!!”

Vonn added: “Still one more chance on Sunday in the downhill, my final race. Knocked down 999 times, stand up 1,000.”

Also missing from the blue riband event, and hence training, will be Vonn’s teammate Mikaela Shiffrin, who claimed gold in the super-G, two-hundredths of a second ahead of Italy’s reigning Olympic downhill champion Sofia Goggia.