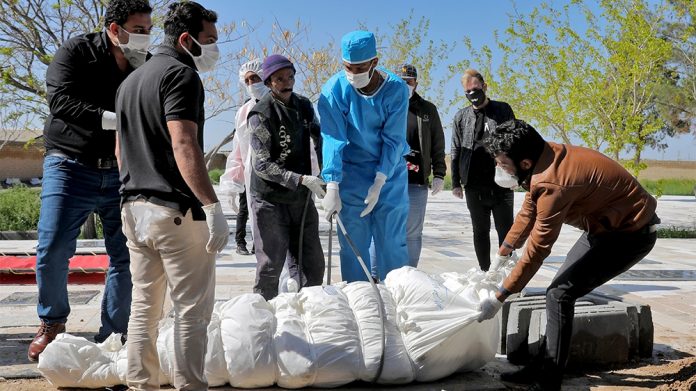 More than 800 people die in Spain from the coronavirus in the last 24 hours as Iran reports 117 new deaths.

Meanwhile, US President Donald Trump has extended federal guidelines on social distancing until April 30 after a top health official warned more than 100,000 people could die from the coronavirus in the United States.

The announcement on Sunday evening came as the death toll in hard-hit New York state passed 1,000.

The initial 15-day period had been due to expire on Monday.

The US has 139,000 confirmed infections from the coronavirus, more than any other country in the world, while more than 2,400 people have died from the respiratory illness caused by the pathogen.

Worldwide, the total number of infections recorded since the beginning of the outbreak has reached over 718,000.