State Minister Wasantha Senanayake today said his decision on continuing support to presidential candidate Sajith Premadasa would be decided on the latter’s stance on giving posts to Premier Ranil Wickremesinghe, Ravi Karunanayake and Rishad Bathiudeen in a Premadasa Cabinet.

In a letter to Minister Premadasa, the State Minister said he needed further clarification from the former on the role of Minister Rauff Hakeem in a future Premadasa Government.

“If your answers to these questions are not satisfactory, I will have to withdraw from your election campaign. However, I will remain as an MP in the party,” he said.

The letter sent by the State Minister to Minister Premadasa 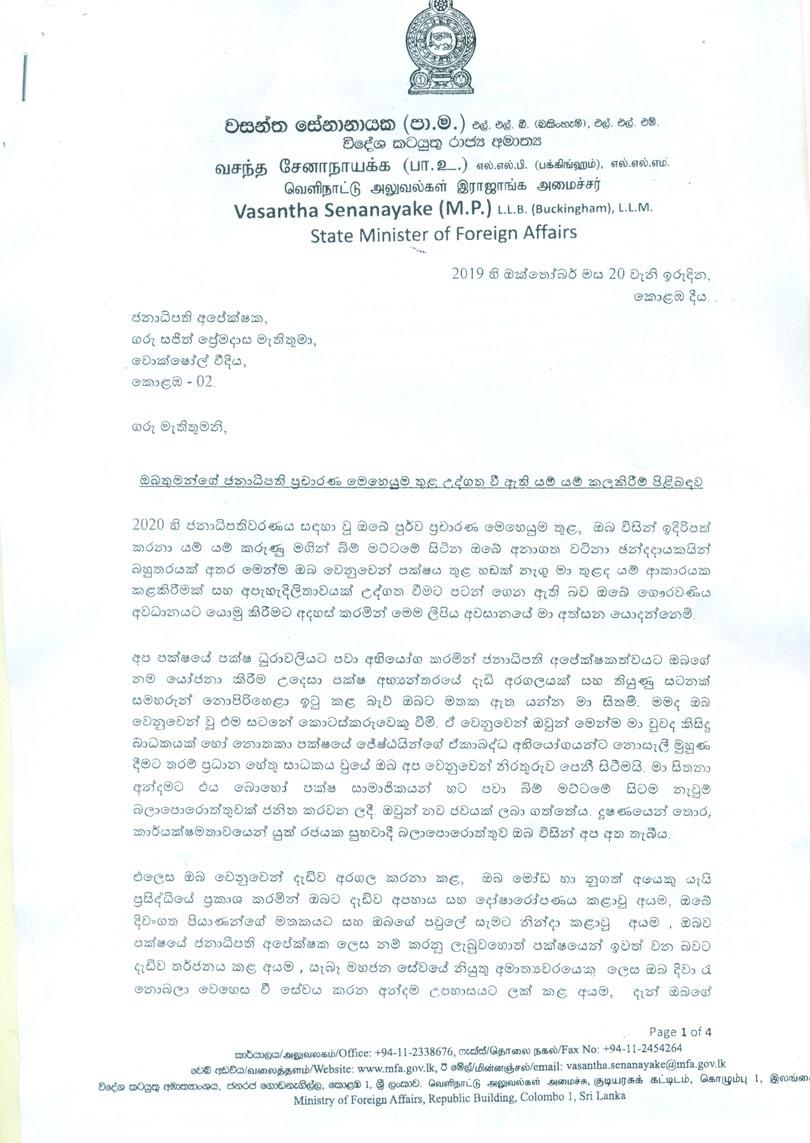 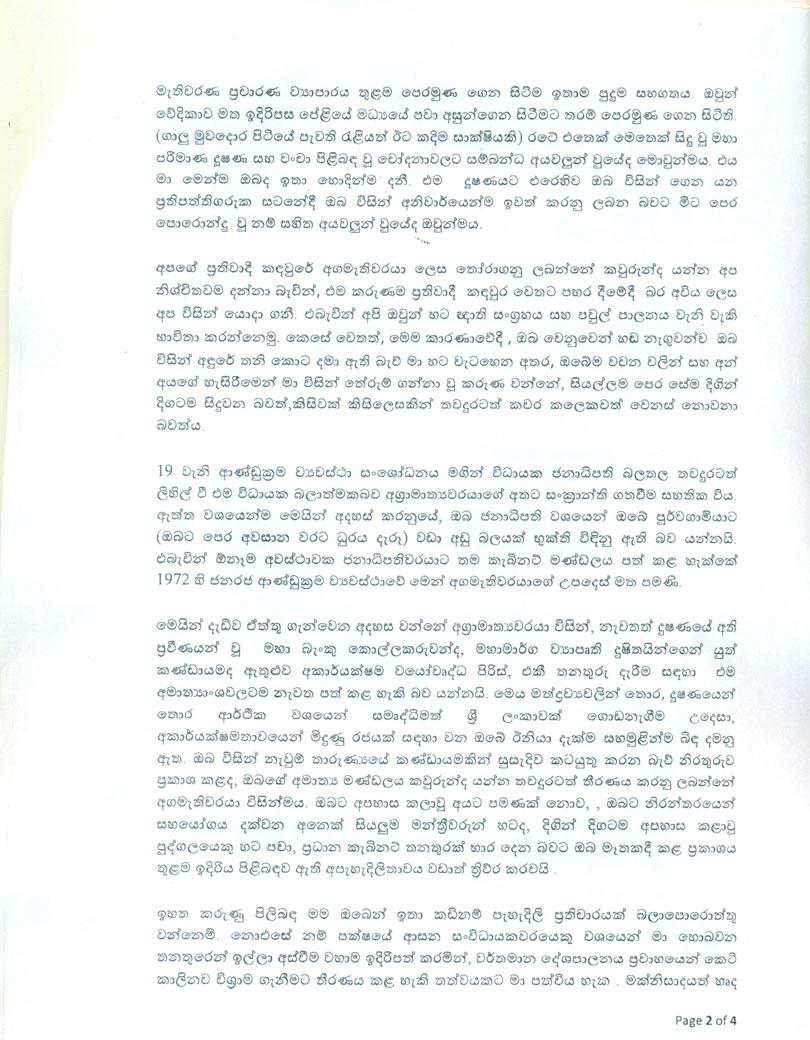 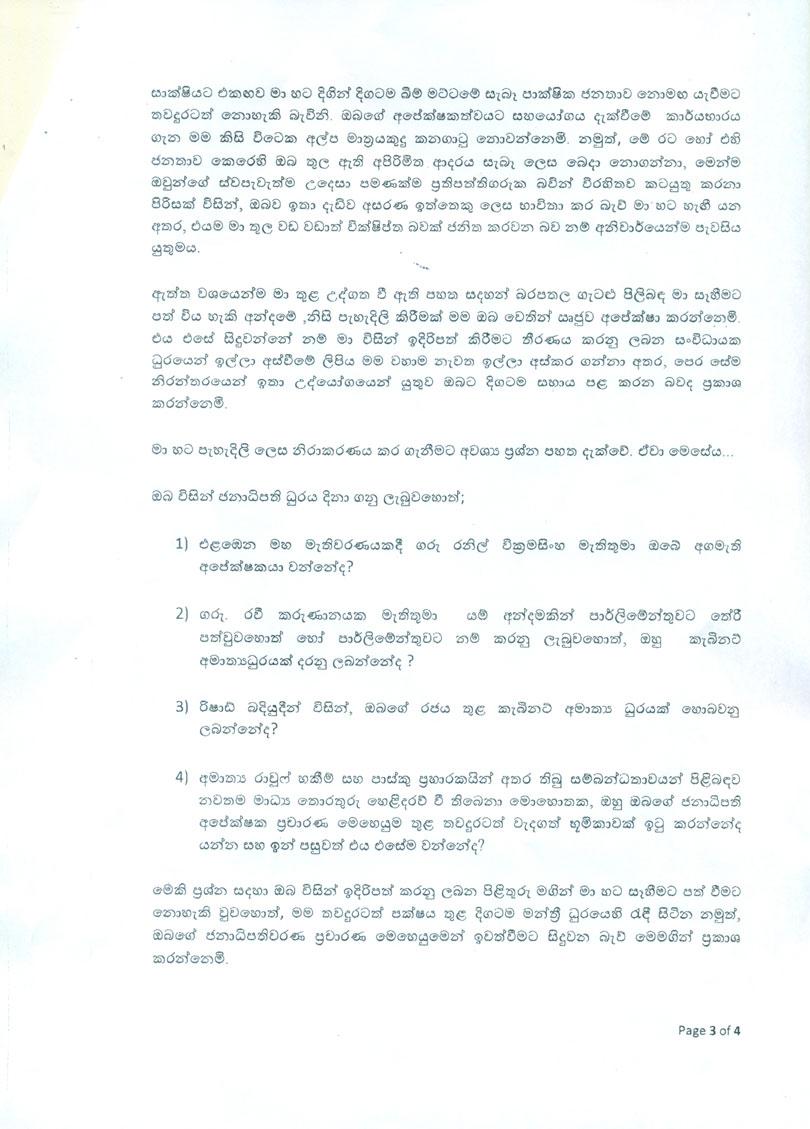 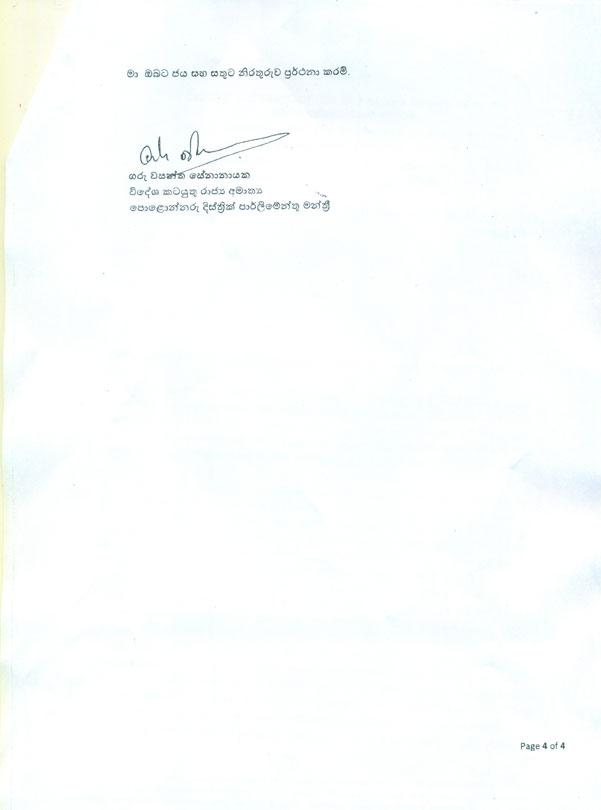