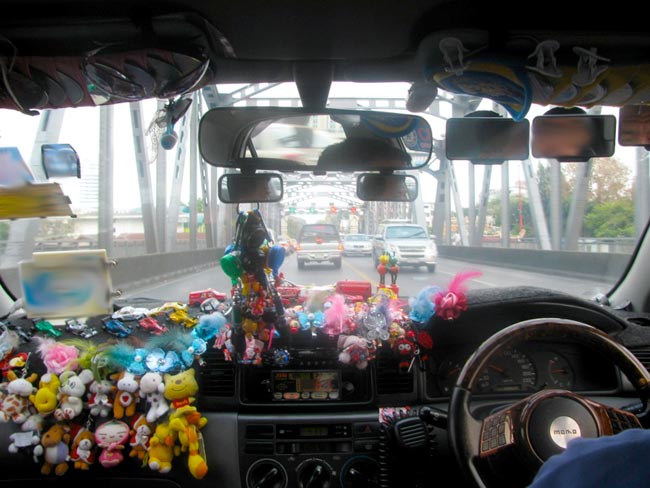 A motorist has risked jail for complaining on Facebook that he had been given a traffic ticket because he is Buddhist.

Amid a fierce debate on religious freedoms in the Indian Ocean nation, the motorist now faces court action for the traffic offense and the Facebook post in which he said he had been persecuted for placing a Buddha statue on his dashboard.

The post has been widely shared on social media, with many lambasting authorities over the case. “They say Sri Lanka gives foremost place to Buddhism, but if you display a Buddha statue you are fined,” one Facebook user said, using expletives against the authorities.

“The ticket was for not the Buddha statue, but for violating the Motor Traffic Act by having many floral garlands attached to his rearview,” a senior police officer told AFP.

“Having anything that obstructs the driver’s view of the road is an offense.”

The officer, speaking on condition of anonymity, said the motorist misled social media users by claiming the police action was against Buddhism.

He said the post had provoked hatred against the authorities and caused religious tensions.

“We are prosecuting the driver under the ICCPR Act (International Covenant on Civil and Political Rights),” the official said. A conviction under this law carries a penalty of up to 10 years in prison.