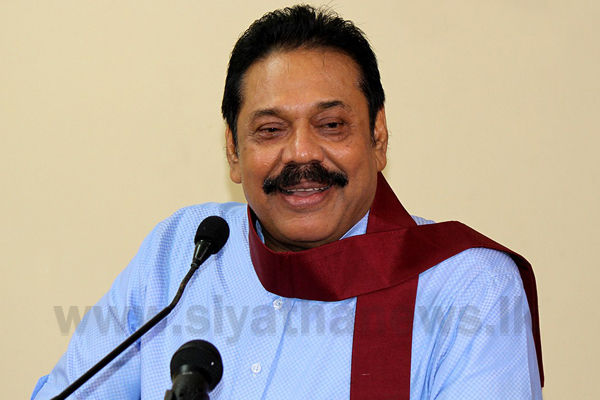 Those who say they reject politicians and prefer a non-politician to lead the country are concealing the fact that they too have undertaken a political contract, opposition leader Mahinda Rajapaksa said yesterday during a meeting held at the Sri Lanka Podujana Peramuna (SLPP) head office with party activists of the Northern and Eastern Provinces.

“Certain people are attempting to mislead the public. Sometimes they say no to the entire 225 MPs and at other times they say a person who is not a traditional politician should become the leader of this country. They are hiding the fact that they too are undertaking a political contract. The leader these people will elect based on Western agendas will end up engaging in politics. Hiding this fact will lead the country to more chaos,” he said.

Commenting on the recent incident in which a number of motorists expressed their annoyance to road closure for VIP movement, Mr. Rajapaksa said it showed the extent to which pressure was exerted on people.

“This was not an organised protest. It reflected that the people are under severe pressure owing to the actions of the government,” he said.