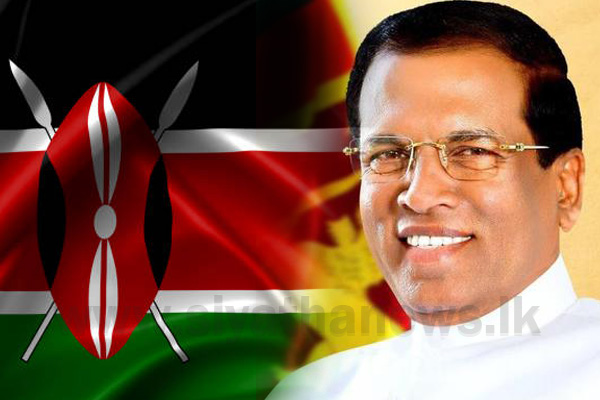 President Maithripala Sirisena who was in Nairobi, Kenya to participate at the fourth session of the UN Environment Assembly (UNEA-4) as a Special Guest has returned to the country this morning (17).

The President and his delegation arrived at the Bandaranaike International Airport on a flight belonging to the Emirates airline at around 7.55 a.m. today.

Following the address at the UN Environment Assembly, President called on the President of Kenya Uhuru Kenyatta and discussed on broadening the diplomatic relations between the two countries.

The President met with the Sri Lankan community in Kenya who received the President with a warm welcome.

President Sirisena stated that the task of building Sri Lanka as a State where economically prosperous as well as disciplined for the future generations to live have been implemented at present, addressing the Sri Lankan expatriates.

President Sirisena also said that his objective is to develop the country while ensuring peace and reconciliation among all the communities in the country.