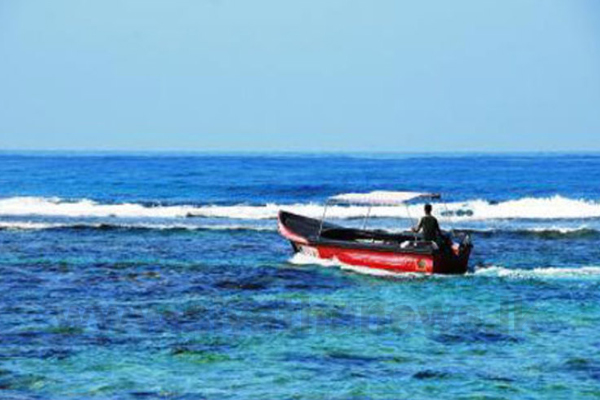 Two persons, on a Dinghy boat, have been arrested in the sea area north to Point Pedro along with a stock of Kerala Cannabis.

They were arrested during a patrol carried out by navy personnel attached to fast attack crafts of the Northern Naval Command this morning (27).

The naval personnel had searched a suspicious Dinghy boat in the northern waters and managed to recover 84.5 kg of Kerala Cannabis in two parcels while hidden inside the boat.

It is suspected that the suspects were attempting to smuggle the haul into the island from India.

The seized Kerala Cannabis stock and the two suspects are to be handed over to the Kankesanturai Police for further investigations.

Reportedly, Sri Lanka Navy has so far managed to seize 442.2 kg of Kerala Cannabis in six search operations carried out in the Northern sea area.