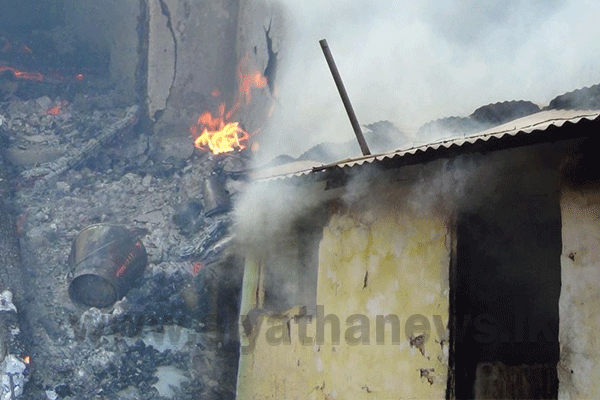 Twelve houses belonging to the workers of Robgill Estate in Bogawantalawa police division have been gutted in a fire at around 11.45 a.m. this morning (29).

The fire had spread rapidly as the estate workers had been at work when the fire broke out, Bogawantalawa Police stated.

The personal belongings and important documents of the estate workers have, reportedly, been completely destroyed in the fire.

However, a group of estate workers had managed to curb the fire and the support of the fire brigade of Hatton-Dickoya Urban Council had also been rendered to douse the fire.

Forty-two persons from 12 families residing in these houses have been displaced owing to the fire and casualties were reported from the incident.

The authorities of the Robgill Estate have taken steps to shelter the displaced persons at a Hindu Kovil located in the same estate.

The cause of the fire has not been uncovered thus far, while the property damages are yet to be estimated.

Bogawantalawa Police is conducting further investigations into the incident.