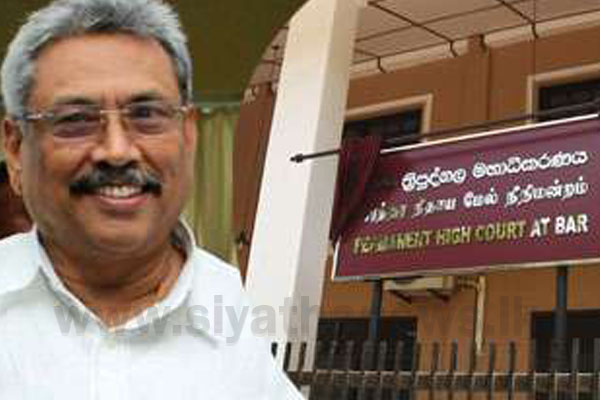 Former Defense Secretary Gotabaya Rajapaksa has arrived at the Permanent High Court at Bar for the hearing of the case filed over the D.A. Rajapaksa Memorial Museum.

The case was filed by the Attorney General against the former Defense Secretary Gotabhaya Rajapaksa and six others for allegedly misappropriating Rs 49 million of state funds to build the D.A. Rajapaksa Memorial Museum.