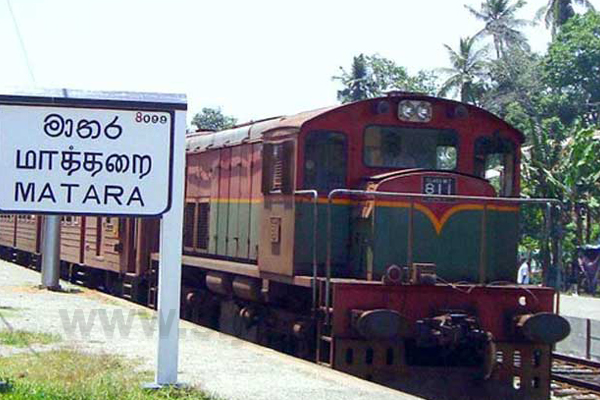 The first test-run on the newly constructed Matara-Beliatta railway track was conducted this morning (06) under the supervision of Minister of Transport Arjuna Ranatunga.

This railway track has been constructed as the first phase of the proposed railway line running from Matara to Kataragama.

The newly constructed Matara-Beliatta section of the track is 26 km long and will be accompanied by 04 major railway stations and 02 sub-stations.

The Matara-Beliatta railway line features Sri Lanka’s longest train tunnel while 10 percent of the track has been made on flyover bridges.