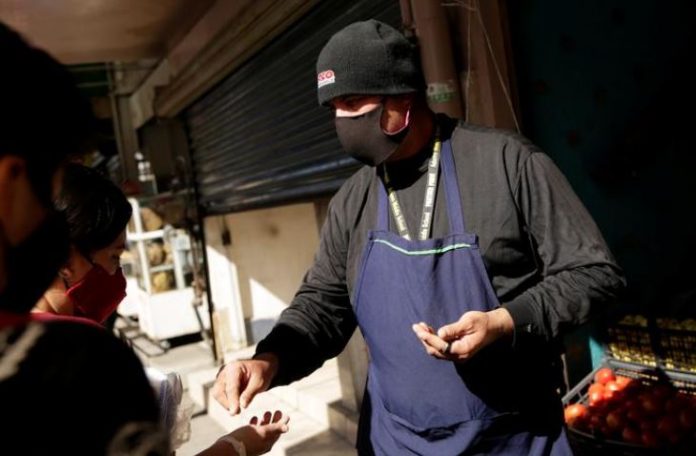 Jose Manuel Maranillo, a Cuban asylum seeker stranded in Mexico by Republican President Donald Trump’s immigration policies, was distraught when learned his brother-in-law in Florida had voted for him.

“Imagine it!” he exclaimed on Wednesday while working as a fruit and vegetable vendor in the Mexican border city of Ciudad Juarez.

“I’m a part of his family! I feel terrible he voted for Trump because we’re stuck here in Juarez hoping for (Joe) Biden to win so he can help us and Latinos in the United States too,” he said.

On Tuesday, a wave of support from the large Cuban-American community helped Trump to a narrow but decisive victory in key battleground state Florida.

But Cuban asylum seekers stranded in Mexico under the Trump administration’s hardline immigration policies are praying that Democrat Biden wins nationally – and more than a half dozen Cubans told Reuters they’re upset, although altogether not surprised, that their family members and compatriots bolstered Trump in a critical swing state.

“They’re only thinking about the benefits for themselves if Trump wins, and nothing else,” said Dairon Elisondo, a Cuban doctor and asylum seeker who works in a refugee camp in Matamoros, Mexico, just across the river from Brownsville, Texas.

Elisondo said that he opposes the Cuban government just like his fellow Cubans in Miami. But he said Trump’s aggressive stance against Havana shouldn’t outweigh the sum of his other policies, including the anti-asylum programs that have forced thousands of Latin Americans seeking U.S. refuge to wait out the process in Mexico, instead of in the United States.

“It’s true the Trump administration has pushed the Cuban government up against the wall and for that Cubans are supporting him, but we can’t consider only this one issue and ignore the hundreds of bad things he’s done,” said Elisondo, who said he’s disappointed in his Cuban friends who voted for Trump.

Republican party officials and political analysts say the Trump campaign’s effort to cast Biden as a socialist, combined with the Trump administration’s hardline policies on the Cuban government, appealed to Cuban and Cuban-American voters.

“In my case, it’s about what my family went through (in Cuba) and what we lost,” said Cuban American Denise Galvez, co-founder of Latinas for Trump and based in Florida.

She said immigration was far from a top voting issue for her and fellow Cubans in the state.

“The priority became ‘we’ve got to save our democracy,’” she said.

Another Cuban-American Trump supporter in Florida, Maria Romero, said Trump’s posture toward Havana won her vote, although she feels for the plight of her compatriots.

“I’m Cuban, so I don’t want him to be kicking other Cubans in the head,” she said.

But back in Mexico, that’s exactly what the Florida results felt like to some asylum seekers.

“With so many Cubans stranded here in Mexico, with the violence, with everything – it’s just something I can’t understand,” said Ludmina Cabello Gonzalez, a Cuban asylum seeker who works in a butcher shop in Ciudad Juarez.

Yuri Gonzalez, who has spent more than a year in Mexico waiting for his asylum claims to be processed in a U.S. court, said that shifts in the United States’ migratory policies towards Cubans have opened up a sharp divide between those who immigrated in a more welcoming era and those stranded in Mexico today.

“Many of them [in Florida] arrived to the United States on planes with visas,” he said.

In contrast, Gonzalez said, he and his wife fled Cuba to Brazil and have traveled thousands of miles across the continent just to reach the U.S. border.

“They didn’t cross borders or endure any of the difficult experiences I’ve had to,” he said. “And those who did, the ones who were attacked and extorted, now they’ve forgotten it.”