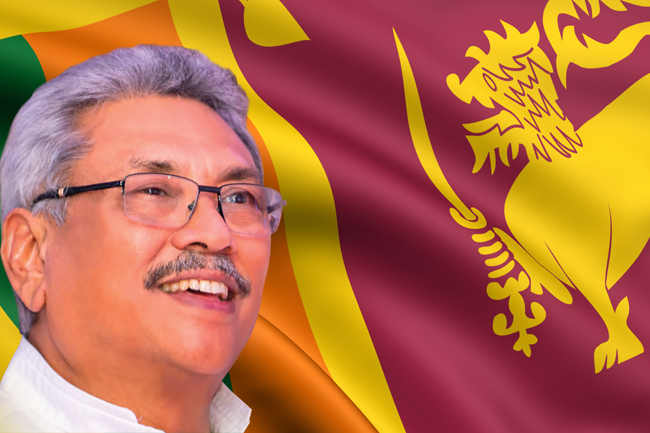 President Gotabaya Rajapaksa today expressed wishes for a speedy recovery for President of United States Donald Trump and his wife Melania Trump, who tested positive for COVID-19 in the early hours of Friday.

Taking to his official Twitter account today (03), the President posted: “I wish speedy recovery for @POTUS @realDonaldTrump & @FLOTUS from the #COVID19. Prayers of the People of #SriLanka are with you in this difficult times.”

The U.S. President and the First Lady were tested for COVID-19 after one of top aides Hope Hicks was confirmed positive for the virus on Thursday.

Hicks had traveled with the U.S. President multiple times recently, including to the debate in Cleveland on Tuesday, and was seen boarding Marine One, along with several other of the President’s closest aides — Jared Kushner, Dan Scavino and Nicholas Luna, on Wednesday as he was heading to a campaign rally in Minnesota.

Hours later, it was confirmed that President Trump and his wife Melania Trump have also contracted the virus.

President Trump was moved to the Walter Reed National Military Medical Center in Bethesda, where the White House said he would remain hospitalized for the next few days. 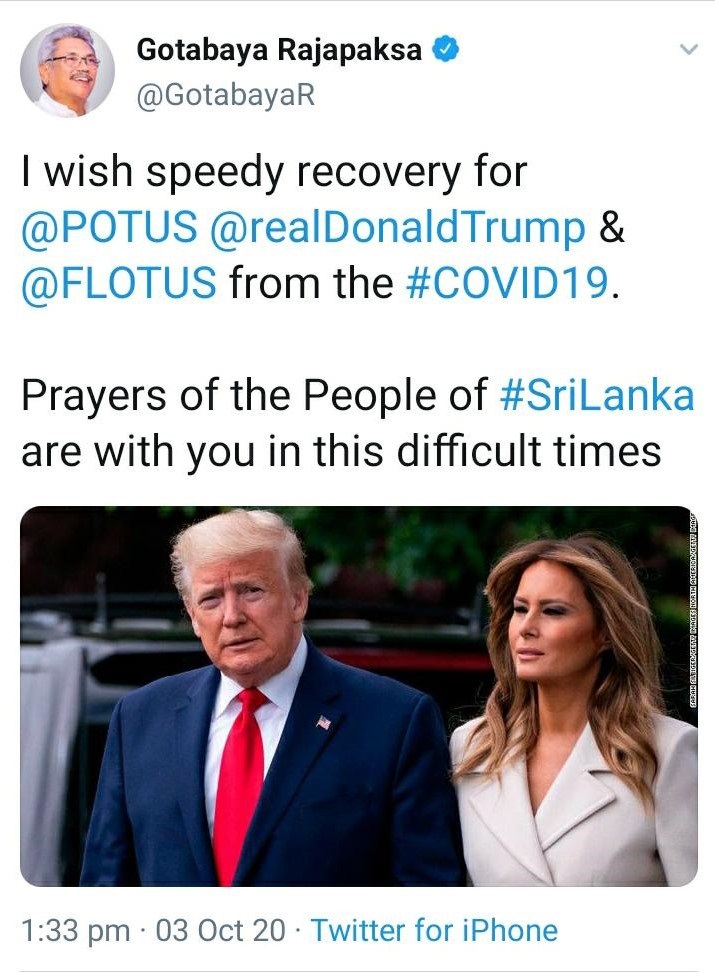