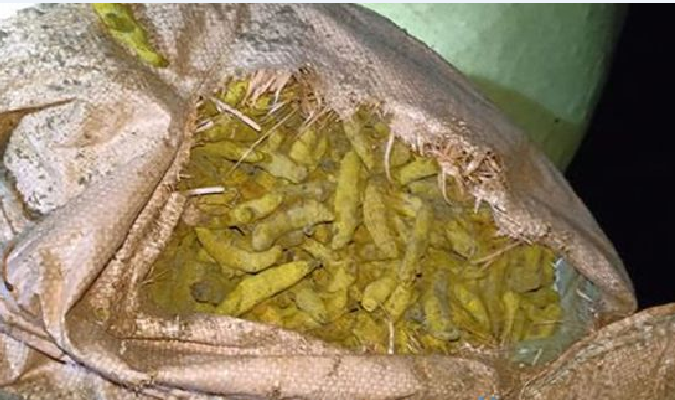 An individual has been apprehended by the Sri Lanka Navy, for smuggling in a stock of dried turmeric.

Naval personnel attached to the North Central Naval Command, during a patrol at Oluthuduvai beach Tuesday (28), Mannar had interrogated a person who was suspiciously transporting multiple delivery sacks.

Further investigation into the incident led to the discovery of 20 sacks containing dried turmeric weighed close to 1000kg.

It is revealed that the turmeric stock was smuggled into the island via sea routes.

Meanwhile, the seized contraband has been handed over to the Customs Office of Jaffna for onward legal action.

Due to COVID -19 concerns, the detained suspect was produced to the Public Health Inspector of Mannar, through Medical Officer of Health, for the quarantine procedure.