President Sirisena is currently on a state visit to Cambodia on an invitation extended by the Government of Cambodia.

The President today visited Angkor in Cambodia’s Northern Province of Siem Reap. Angkor Archeological Park, one of the most important archeological sites in Southeast Asia and a UNESCO heritage site contains magnificent remains of the different capitals of the Khmer Empire from the 9th Century to 15th Century.

On his arrival at the Siem Reap International Airport, President Sirisena was warmly welcomed by the Governor of the Siem Reap Province Tea Seiha and other senior officials.

Commencing his tour of the Park, President first visited Angkor Wat, one of the largest religious monuments in the world. Originally constructed as a Hindu temple dedicated to the god Vishnu for the Khmer Empire, it was gradually transformed into a Buddhist temple towards the end of the 12th century. It was built by the Khmer King Suryavarman in the early 12th century as his state temple and eventual mausoleum.

Theravada Buddhism is the common heritage of both Sri Lanka and Cambodia and Buddhists monks at the religious site commended the efforts taken by President Sirisena to uplift the Thervada Buddhism.

In addition to religious ties, Sri Lanka and Cambodia share a close relationship in the agricultural sector too. President visited Artisan D’ Angkor, the craft and vocational training center, the PMD said. 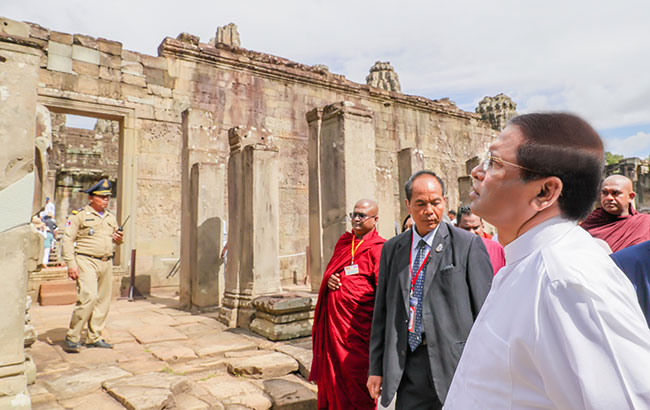 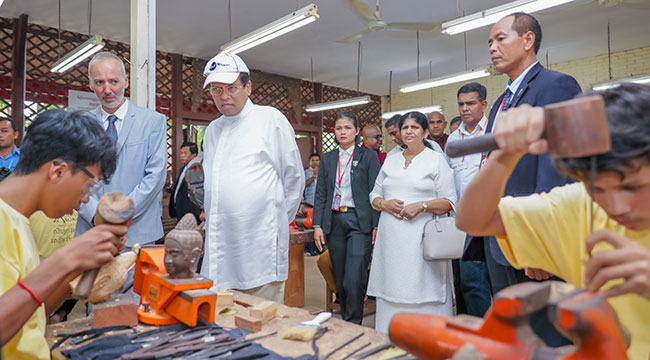 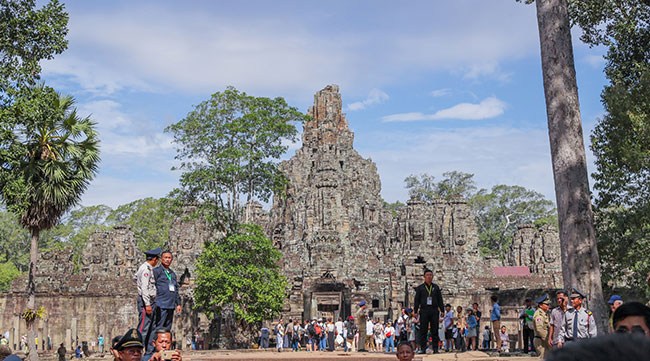