A proposal presented by the Kirinda-Puhulwella Pradeshiya Sabha to remove the name of ‘Mangala Samaraweera Pedasa’ and replace it as ‘Lindagawa Watta Mawatha’ in Puhulwella, Matara, was passed today with a majority of three votes.

The proposal was presented following a petition handed over by the residents of Puhulwella to the Pradeshiya Sabha Chairman with 110 signatures calling for the removal of Minister Mangala Samaraweera’s name from the road.

The passed proposal is to be sent to the South Province Governor Rajitha Keerthi Tennakoon. 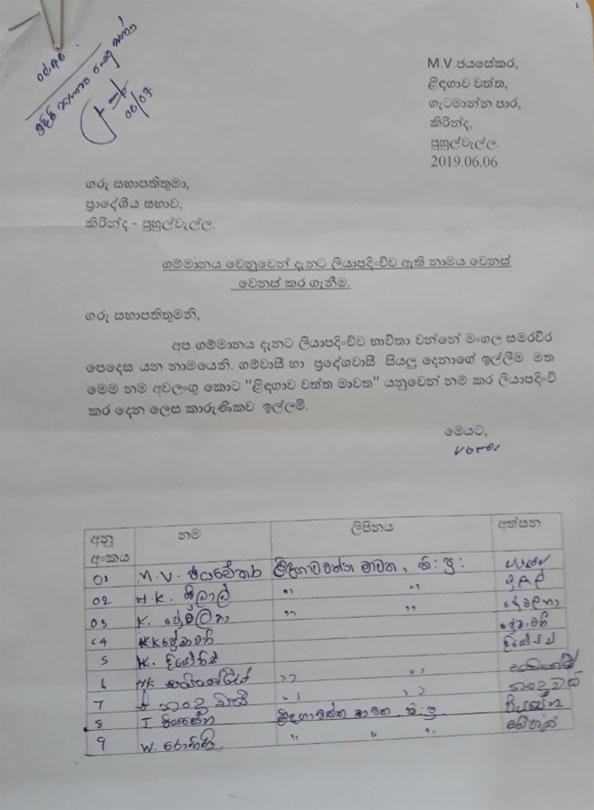