The Speaker of Parliament, issuing a press release yesterday (21), had expressed his gratitude for everyone who bestowed their blessings on him in his commitment towards upholding the democracy of the country.

The press release also addressed the “baseless allegations” directed at the Speaker by “political parties that failed to show their majority in Parliament in the proper manner.”

As 112 parliamentarians representing four political parties, out of the 225 Members of Parliament, had challenged the incumbent administration in writing, the Speaker says that it is “inescapable responsibility” to heed to the opinion of the majority in the House.

“Therefore, low level of abuse hurled and protest conducted within and outside Parliament by portraying the stand of the Speaker as being biased will no longer serve any purpose,” the press release further read. 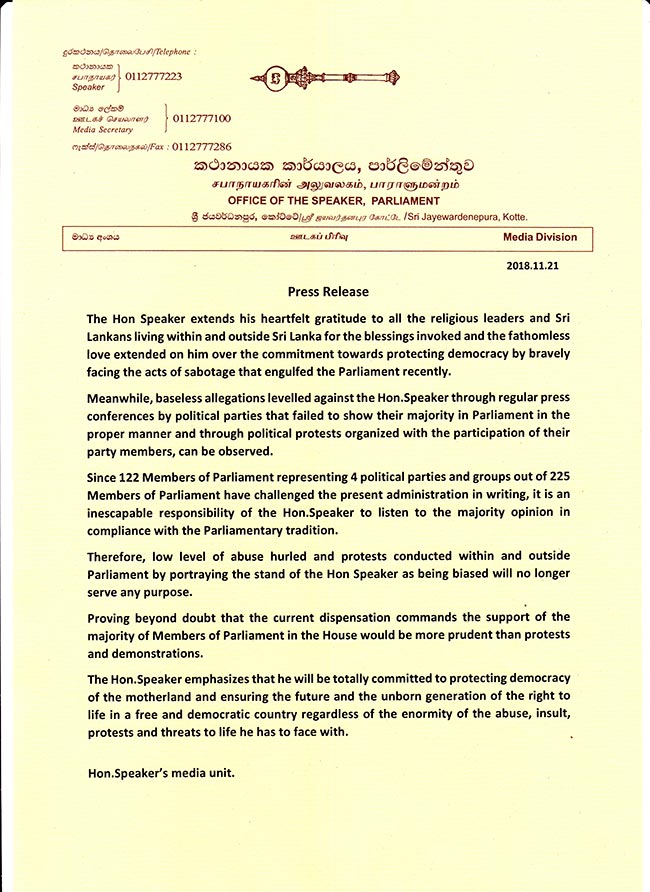