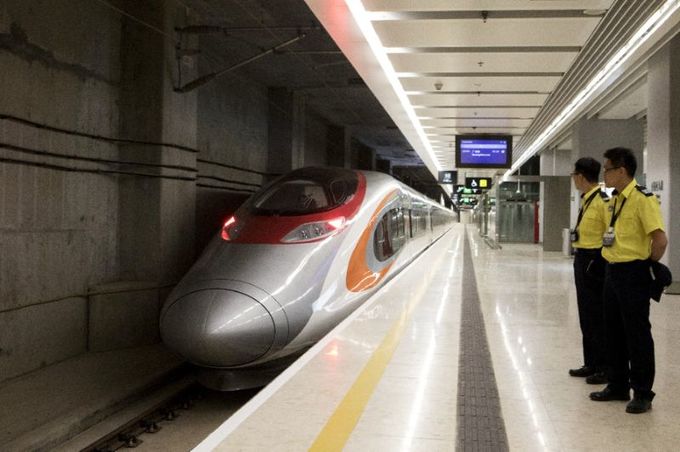 A new high-speed rail link between Hong Kong and mainland China launched Sunday, a multi-billion-dollar project that critics say gives away part of the city’s territory to an increasingly assertive Beijing.

Chinese security have been stationed in semi-autonomous Hong Kong for the first time at the harbourfront West Kowloon rail terminus, as part of a new “special port area” that is subject to mainland law.

Despite critics’ fears over passenger safety in the mainland zones, hundreds gathered at the terminus, with the first train leaving for the southern Chinese city of Shenzhen at 7:00 am (2300 GMT Saturday).