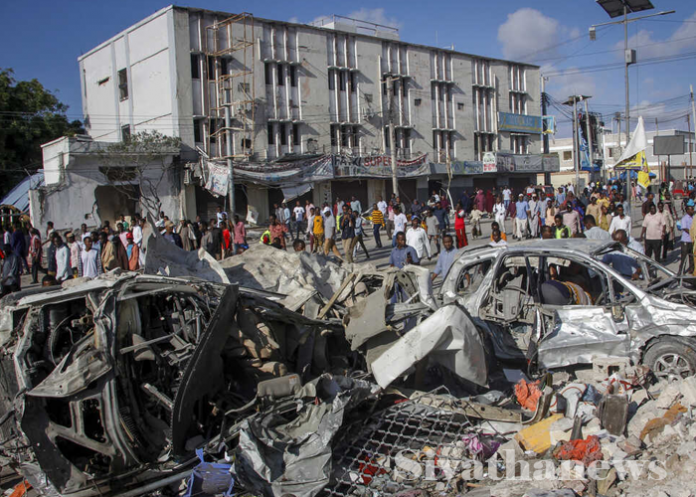 Somalia’s president says at least 100 people were killed in Saturday’s two car bombings at a busy junction in the capital and the toll could rise in the country’s deadliest attack since a truck bombing at the same spot five years ago killed more than 500.

President Hassan Sheikh Mohamud, at the site of the explosions in Mogadishu, told journalists that nearly 300 other people were wounded.