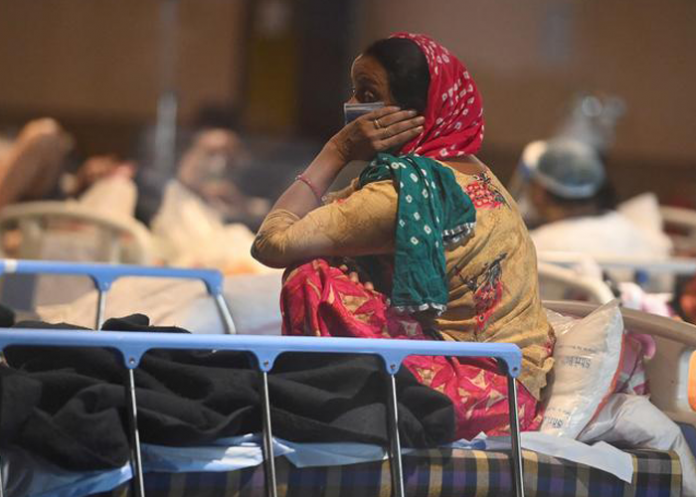 But the outbreak isn’t just a crisis for India – it’s a crisis for everyone. “The virus doesn’t respect borders, or nationalities, or age, or sex or religion,” says Dr Soumya Swaminathan, the World Health Organization’s chief scientist.

“And what’s playing out in India now unfortunately has been played out in other countries.”

The pandemic has revealed just how interconnected the world is. And if a country has very high levels of infection, then it’s likely to spread to other countries.

Even with travel restrictions, multiple tests and quarantine, infections can still leak out; and if a traveler has come from somewhere where the virus is very prevalent, they have a higher chance of taking the virus with them. On a recent flight from New Delhi to Hong Kong about 50 passengers tested positive for Covid-19.

A new variant has emerged in India called B.1.617. It’s been dubbed by some as the “double mutant” because of two key mutations on the spike of the virus. There’s some lab evidence that suggests it’s slightly more transmissible and that antibodies may find it harder to block the virus, but scientists are still assessing how much immunity is lost.