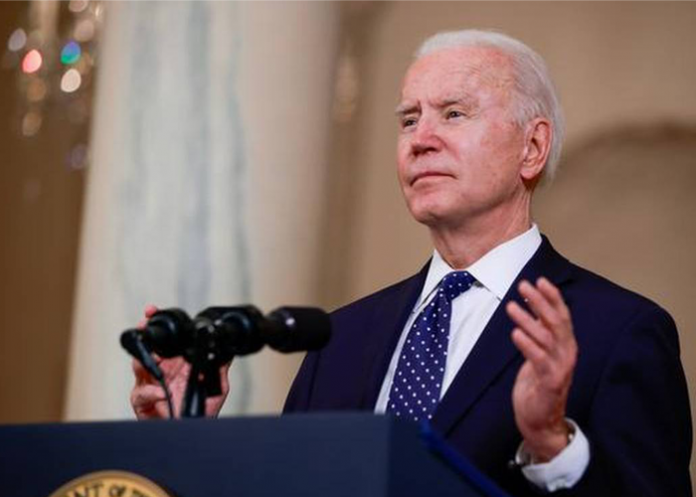 The proposal would raise the top marginal rate and increase taxes on investment gains for the rich. The tax rise would help pay for childcare and education, but would not be used for healthcare, according to reports. The news triggered a selloff on Wall Street, with major indexes slipping during Thursday’s trading session.

Biden unveils ‘once in a generation’ spending plan

Minimum wage fight: ‘There’s no recovery without raising it’

The White House said the American Family Plan, which Mr. Biden is expected to lay out in full next week, will not affect any family earning less than $400,000 a year.

The proposal would increase the top marginal income tax rate to 39.6% from 37%, according to the New York Times and Bloomberg. The move would effectively reverse Donald Trump’s 2017 income tax cut for highest income earners. The plan would also nearly double taxes on capital gains to 39.6% for people earning more than $1m.

It’s a dramatic increase from the current rate of 20%. In some states which impose their own capital gains tax, the total bill some investors could face might exceed 50%.

The plan is widely expected to encounter resistance from Republicans in Congress. Although the Democrats hold a slim majority, they may not support the plan unanimously. Nevertheless, the news was enough to cause a few jitters on Wall Street. The Dow Jones Industrial Average fell 420 points before reigning in its losses slightly.

“If it had a chance of passing, we’d be down 2,000 points,” Thomas Hayes, from Great Hill Capital told Reuters. The tech-heavy Nasdaq index also slipped 0.9%.