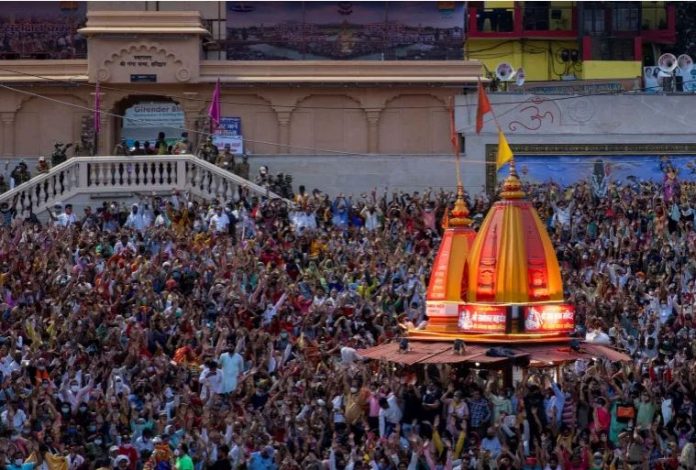 India has reported a record 168,912 COVID-19 infections overnight, data from the health ministry showed, overtaking Brazil to become the second-most affected country globally by the coronavirus.

India had surpassed Brazil in September last year to become the second-most affected country in the world by cases, but it slipped to third place after seeing a decline in cases until January this year.

The world’s second-most populous country has experienced a sharp rise in cases after several weeks of religious festivals, campaign rallies and lax mask-wearing.

While regional elections are under way in several states, tens of thousands of people have also gathered in northern Uttarakhand state for the Kumbh Mela or Pitcher Festival, a Hindu religious pilgrimage.

The government is desperate to avoid a hugely unpopular second lockdown but many states are tightening the screws.

In worst-hit Maharashtra and its capital Mumbai, restaurants are shut and public gatherings of more than five people are banned.

The health ministry said the surge has led to a “spike in demand” for the antiviral drug remdesivir, forcing the ban on its export despite a World Health Organization-backed study saying it has “little or no effect” on COVID-19 mortality.

Concerns over the side effects and effectiveness of tested and approved vaccines continue to rattle nerves elsewhere.