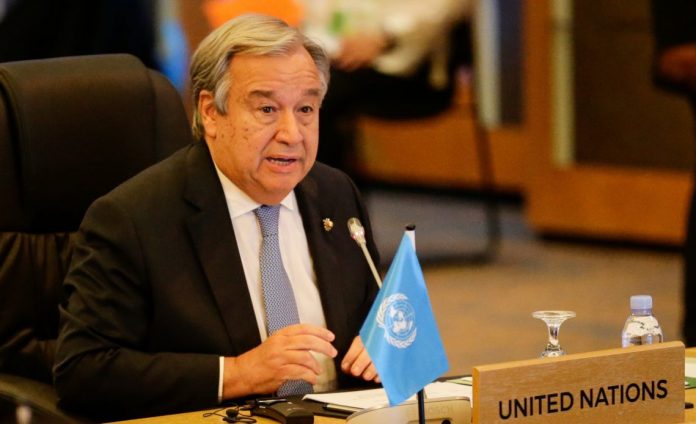 UN Secretary-General Antonio Guterres said on Wednesday (Feb 3) he would do everything in his power to pressure Myanmar and “make sure that this coup fails”.

Myanmar plunged back into direct military rule on Monday when soldiers detained de facto leader Aung San Suu Kyi and other civilian leaders in a series of dawn raids, ending the country’s brief experiment with democracy.

“We will do everything we can to mobilise all the key actors and international community to put enough pressure on Myanmar to make sure that this coup fails,” Guterres said in a conversation with The Washington Post.

“After elections that I believe took place normally and after a large period of transition, it’s absolutely unacceptable to reverse the results of the elections and the will of the people.”

When asked about the indictment of Aung San Suu Kyi, 75, Guterres said that “if we can accuse her of something, (it) is that she was too close to the military, is that she protected too much the military”.

“I hope that democracy will be able to make progress again in Myanmar but for that all the prisoners must be released, the constitutional order must be reestablished,” he added.

The UN chief also lamented that the Security Council has been unable to agree on a common statement about Myanmar’s coup, after an emergency meeting initiated by Britain.

According to a draft text proposed at the beginning of the week for negotiation and obtained by AFP, the Security Council would express its deep concern over and condemn the coup, and would demand the military “immediately release those unlawfully detained”.

The council would also demand that the one-year state of emergency be repealed.

As of Wednesday evening, according to diplomats, negotiations were continuing between the 15 Council members, particularly with China and Russia, which on Tuesday blocked the statement’s adoption.