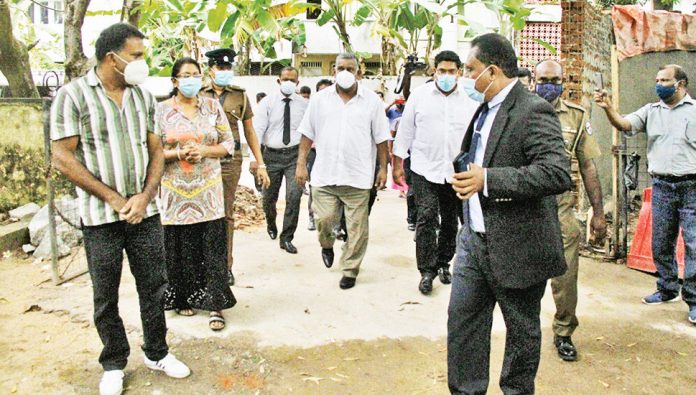 The four former Directors of Edirisinghe Trust Investments (ETI) Finance Limited have been released on bail by the Colombo Chief Magistrate’s Court.

They were each ordered released on a cash bail of Rs. 1 million and two personal bails of Rs. 5 million each.

Imposing bail conditions, the court prohibited the defendants from leaving the country and also ordered them to appear before the CID on the last Sunday of every month.

The former ETI Finance directors were arrested on January 08, based on a directive from the Attorney General, on charges of criminal misappropriation, cheating, money laundering, and other offenses.

On January 05, the Attorney General had directed the Inspector General of Police (IGP) to conduct a criminal investigation against the Directors of the ETI Finance and Swarnamahal Jewellers Ltd. over their involvement in operating an unauthorized finance business.

Investigations are being carried out over the unauthorized acceptance of deposits worth Rs 13.7 billion, misappropriation, and money laundering.