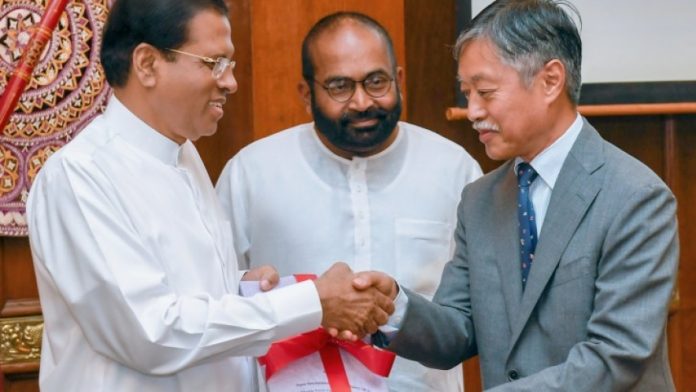 The Electricity Sector Master Plan prepared by the Japan International Cooperation Agency (JICA) for the Ministry of Power and Energy was presented to the President by the Japanese Ambassador Kenichi Suganuma. Chief Representative of JICA Sri Lanka office and a contingent of Japanese delegation participated in this event. On behalf of the Government, the Secretary-General of NEC Prof. Lalith Samarakoon thanked the Japanese Government, the Ambassador Suganuma, and JICA for their support and the master plan which will benefit Sri Lanka in designing its energy policy.