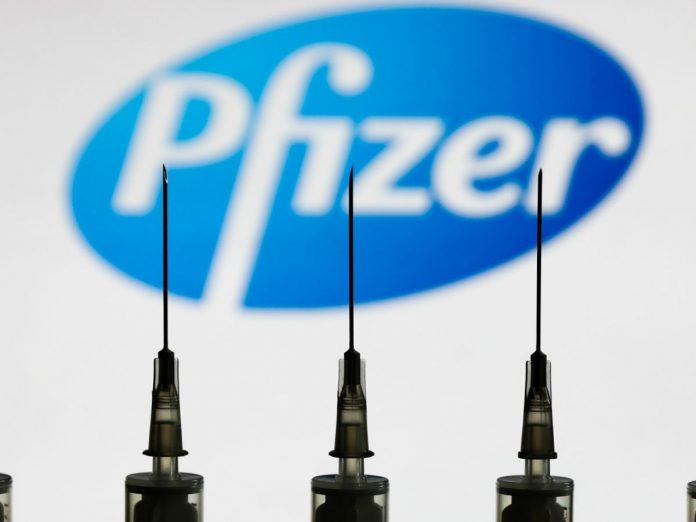 Final results from Pfizer Inc’s COVID-19 vaccine trial showed its shot had a 95% success rate and two months of safety data, paving the way for the drugmaker to apply for an emergency U.S. authorization within days, it said on Wednesday.

The efficacy rate of the vaccine developed by Pfizer and its German partner BioNTech is the highest of any candidate in late-stage clinical trials so far, and experts said it was a significant achievement in the race to end the pandemic.

Pfizer said 170 volunteers in its trial involving over 43,000 people contracted COVID-19 but 162 of them had only been given a placebo, meaning the vaccine was 95% effective. Of the 10 people who had severe COVID-19, one had received the vaccine.

“A first in the history of mankind: less than a year from the sequence of the virus to the large-scale clinical trial of a vaccine, moreover based on a whole new technique,” said Enrico Bucci, biologist at Temple University in Philadelphia. “Today is a special day.”

Pfizer said it expected the U.S. Food and Drug Administration’s vaccine advisory committee to review and discuss the data in a public meeting that will likely be held in December.

The final analysis comes a week after initial results from the trial showed the vaccine was more than 90% effective. Moderna Inc on Monday released preliminary data for its vaccine, showing 94.5% effectiveness.

The better-than-expected results from the two vaccines, both developed with new messenger RNA (mRNA) technology, have raised hopes for an end to a pandemic that has killed more than 1.3 million people and wreaked havoc upon economies and daily life.

“These are extraordinary results, and the safety data look good,” said David Spiegelhalter, a professor and expert in risk and evidence communication at the University of Cambridge.

“It would be interesting to see what adverse reactions were reported by the group getting the placebo, since that gives an idea of how much of the adverse effects are due to the vaccination process, and how much is due to the vaccine itself.”

While some groups such as healthcare workers will be prioritized in the United States for vaccinations this year, it will be months before large-scale rollouts begin.

Distribution of a Pfizer shot is complicated by the need to store it at ultra-cold temperatures of -70 degrees Celsius. It can, however, be kept in a normal fridge for up to five days, or up to 15 days in a thermal shipping box.

Moderna’s vaccine can be stored for up to six months at -20C though it is expected to be stable for 30 days at normal fridge temperatures of 2 to 8 degrees Celsius (36°-46°F).

Pfizer said the efficacy of the vaccine was consistent across different age and ethnic groups, a sign that the immunization could be employed broadly around the world. Efficacy in adults over 65 years was over 94%.

“The 94% protection for older people is key. This is the evidence we needed to ensure that the most vulnerable people are protected,” said Andrew Hill, senior visiting research fellow at the University of Liverpool’s department of pharmacology.

Pfizer said its two-dose vaccine, BNT162b2, was well-tolerated and that side effects were mostly mild to moderate, and cleared up quickly.

It said the only severe adverse events experienced by volunteers were fatigue and headaches. Out of 8,000 participants, 2% had headaches after the second dose while 3.8% experienced fatigue. Older adults tended to report fewer and milder adverse events.

Pfizer’s final results come as the virus is running rampant around the world, placing an enormous strain on healthcare systems with record numbers of new cases and hospitalizations.

The approach of winter in the northern hemisphere in tandem with the holiday season is expected to worsen case numbers as people spend more time indoors and have family gatherings.

“With hundreds of thousands of people around the globe infected every day, we urgently need to get a safe and effective vaccine to the world,” Pfizer Chief Executive Albert Bourla said.

Pfizer and BioNTech also said they plan to submit the data to other regulatory agencies around the world and submit data from the study to a peer-reviewed scientific journal.

Pfizer reiterated that it expects to make as many as 50 million vaccine doses this year, enough to protect 25 million people, and then produce up to 1.3 billion doses in 2021.

Of the dozens of drugmakers and research groups racing to develop vaccines against COVID-19, the next data release will likely be from AstraZeneca Plc with the University of Oxford in November or December. Johnson & Johnson says it is on track to deliver data this year.