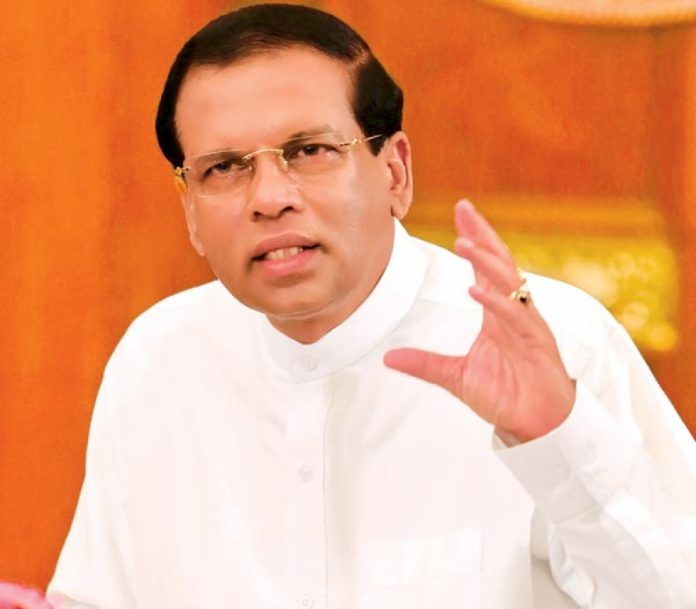 President emphasized the importance of maintaining the elephant fence properly in order to prevent the conflicts between elephants and humans. He explained the urgent need to reconstruct the electric fences that are not active and broken.

1800 members of Civil Defence Committee members are engaged in maintaining the elephant fences and it was pointed out that the amount of workers are not sufficient for reconstruction of the elephant fences that is ranging about 4000 k. m Island wide.Thus the President ordered the officials to take action to fill these vacancies immediately.

President Sirisena who instructed to continuously provide the food allowance given to the Civil Defence Committee members, stressed the importance of conducting training programs for them.Minister of Sustainable Development, Wildlife and Regional Development Sarath Fonseka, Secretary to the Defense State Ministry A.P.G.Kithsiri, Secretary to the Ministry of Defense Kapila Waidyaratne, Chief of Defense Staff Admiral Ravindra Wijeygunaratne, and other heads of security forces were present in this event.