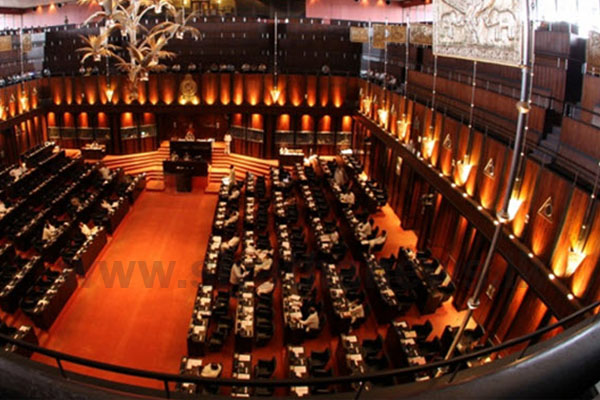 “Parliament will convene on November 3 from 10.00 am to 12.00 pm only and on that day, two regulations to the Medical Ordinance submitted by the Minister of Health Hon. Pavithra Wanniarachchi will be taken up for debate.

Also, no time will be allotted for the Questions for Oral Answers,” a spokesman from Parliament media unit said adding that journalists will not be allowed to cover the sessions only on November 3. Daily Mirror reliably learns that it will be the first time in Parliament history that media personnel will not be allowed inside the gallery.

Meanwhile, the Committee on Parliamentary Business chaired by Speaker Mahinda Yapa Abeywardena decided to meet on November 12 and pass the Appropriation Bill presented by the Minister of Finance for the service expenditure for the financial year 2020 following the 2nd and 3rd reading.

It has been decided not to allow anyone other than Members of Parliament, Invited Officers, Security Personnel and the Parliament staff to enter the Parliament complex on the sitting days.

The media will also not be allowed to enter the Parliament premises to cover parliamentary sittings.