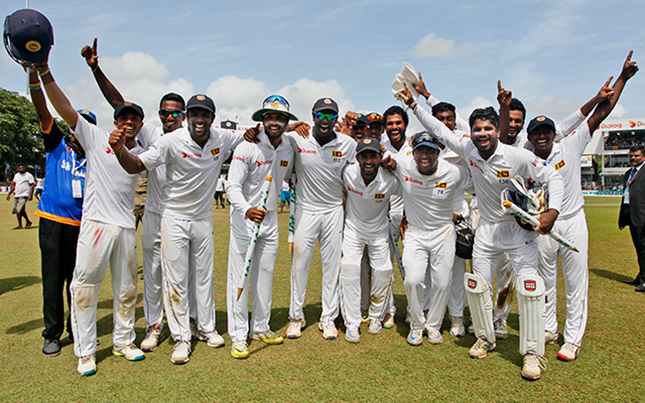 Kusal Janith Perera and Dilruan Perera steered Sri Lanka to victory on the day 4 of the 3rd and final test against hosts West Indies in Bridgetown. The victory ensured that Sri Lanka leveled the test series one all. The test which began on the 23rd of June, saw the Windies winning the toss and choosing first lease of the wicket. The hosts put on 204 runs for the first innings before being bowled out. Skipper Jason Holder was the pick of the batsmen with 74 runs. 21-year-old paceman Lahiru Kumara was the chief destroyer for Sri Lanka bagging 4 wickets while medium pacer Kasun Rajitha picked up 3 wickets.

The Windies quicks also enjoyed plenty of support from the pitch as they managed to restrict Sri Lanka to a paltry first innings score of 154. Only 3 Sri Lankan batsmen managed to score over 15 with the highlight being Niroshan Dickwella’s 42 in 72 deliveries. Holder was once again the stand out bagging 4 wickets.

The hosts had a disastrous second inning as the Sri Lankan paceman were able to bundle them out for 93 runs. Stand in skipper Suranga Lakmal and Kasun Rajitha bagged 3 wickets a piece.Set a target of 144 for victory, Sri Lanka got off to a very shaky start losing their top 4 batsmen for just 50 runs. However a measured 63 run stand for the 7th wicket between Kusal Perera, who spent the last night in hospital due to an injury scare, and Dilruwan Perera guided the visitors to a 4 wicket victory.

Sri Lanka managed to level the series without the services of Angelo Mathews who returned to the country on a personal matter and Dinesh Chadimal who was suspended from the 3rd test for ball tampering. Jason Holder was named man of the match while Shane Dowrich was named the player of the series.