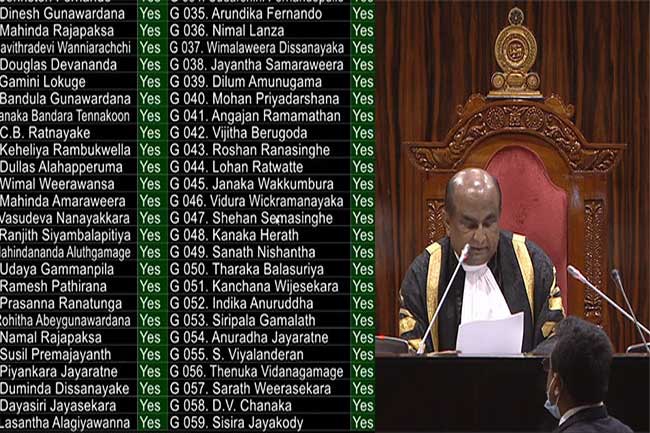 The 20th Amendment to the Constitution was passed in Parliament Thursday (22) night with a 2/3 majority.

The clause in the 20th Amendment on Dual Citizenship was passed with a 2/3 majority at the committee stage, after the opposition called for a debate on the matter.

Earlier, The Second reading on the 20th Amendment to the Constitution passed with a majority in Parliament on Thursday (22).