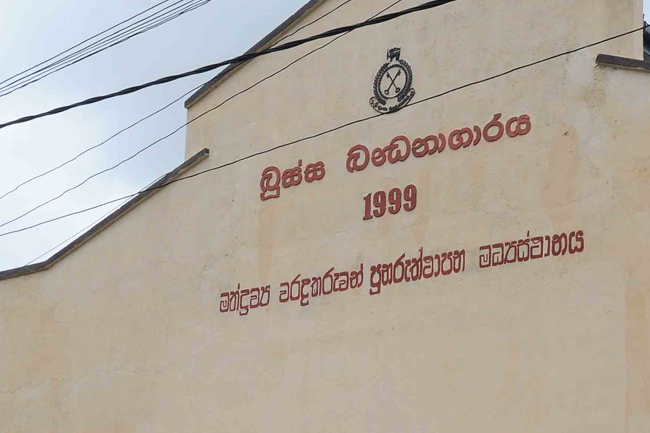 The remaining inmates at the Boossa Prison have called off the hunger strike they had been engaged in since September 10, confirmed Commissioner General of Prisons Thushara Upuldeniya.

As of yesterday (13) 20 inmates had withdrawn and only 14 inmates had been continuing to engage in the strike, according to the Department of Prisons.

The inmates launched the strike reportedly protesting the discontinuing of telephone facility provided during the COVID-19 outbreak, searching of the attorneys who come into the prison to meet the inmates and the search operations being carried out by the Special Task Force (STF).

Several infamous criminals including ‘Potta Naufer’, and ‘Army Sampath’ and did not support the strike action.

On Friday, ‘Kanjipani Imran’, who was engaging in the hunger strike, was transferred to the Navy Hospital in Boossa before being transported back to the Boossa Prison following several medical tests including an electrocardiogram (ECG).