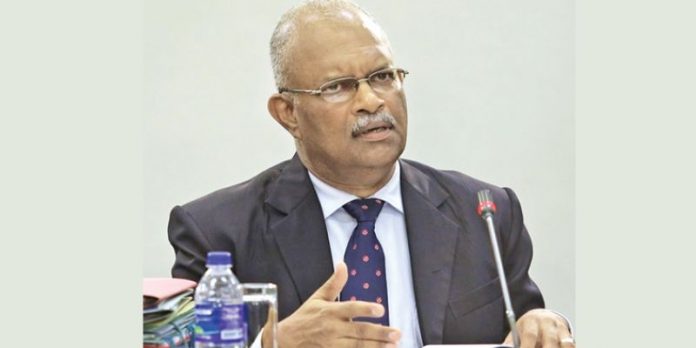 The petition, filed with the Supreme Court, was taken up before a three-judge bench consisting of Justice Sisira de Abrew, L.T.B. Dehideniya and Preethi Padman Surasena today (30).

The attorney representing the former CID director told the court that his client does not wish to proceed with the FR petition in question as another FR petition concerning the matter has already been filed with the Supreme Court.

Accepting the request for the withdrawal, the Supreme Court judge bench ordered to revoke the FR petition.

The petitioner alleged that following the Presidential Election held last year, he was removed from the directorship of the CID without a valid reason and transferred on November 21 to serve as the Personal Assistant to the Southern DIG.

SSP Abeysekara also noted that he was stripped of the special security detail given to him due to the threats to his life.

After the recordings of the controversial telephone conversations of former State Minister Ranjan Ramanayake came to light, he was suspended from his duties on the 7th of January this year, SSP Abeysekara had said further.

The petitioner claimed that the NPC’s decision to suspend and transfer him is entirely unlawful while pointing out that formal disciplinary inquiry was not conducted in this regard despite him being suspended for months.