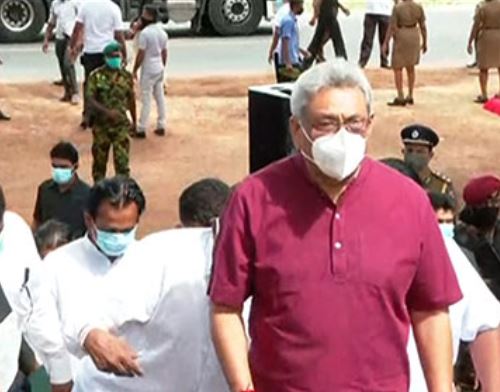 Accordingly, President Rajapaksa is scheduled to attend several public gatherings to be held in the Anuradhapura district for the victory of the SLPP candidates contesting the upcoming general election.

His first stop this morning was Thammannawa Nidahas Uyana in Thalawa for an event organised by Minister S.M. Chandrasena.