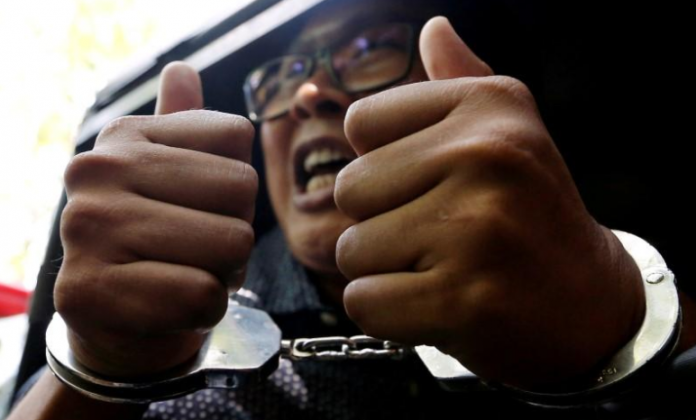 (Reuters) – U.S. envoy Sam Brownback called on Thursday for the release of journalists jailed in Myanmar while covering the plight of ethnic Rohingya Muslims forced to flee a military crackdown.

Brownback spoke in Bangladesh, where he was on a mission to see at first hand the plight of hundreds of thousands of Rohingya crammed into refugee camps in the Cox’s Bazar region bordering Myanmar.

“The journalists should be released who are in jail in Myanmar,” Brownback, ambassador-at-large for international religious freedom, told a news conference in Dhaka, without naming any individuals or their employers.

The United States is among several governments pressing for the release of two Reuters journalists, Wa Lone and Kyaw Soe Oo, who have been held in Myanmar since December.