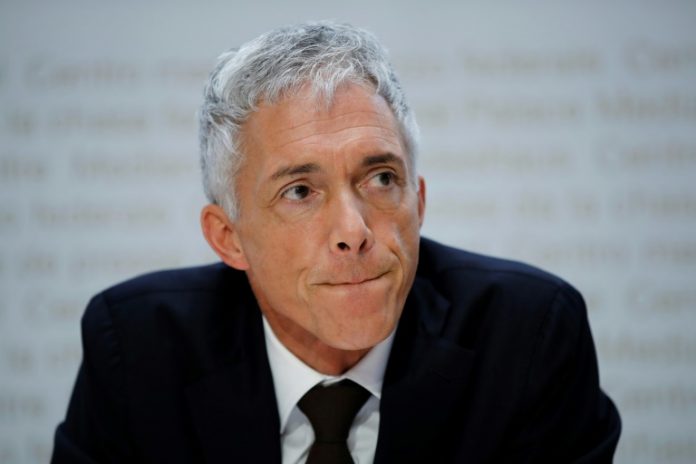 Switzerland’s top prosecutor will have his pay docked after a disciplinary investigation found Wednesday that he lied repeatedly when questions were raised about his handling of a corruption investigation targeting FIFA.

The body that oversees the office of Swiss Attorney-General Michael Lauber said it had concluded its investigation into his suspected misconduct in the handling of the investigation of top FIFA executives since 2015.

The surveillance body, known as AS-MPC, said in a statement it had concluded that “the Attorney-General has breached several of his professional obligations,” including “repeatedly not telling the truth” and “acting disloyally.”

The investigators also said Lauber had illegally interfered with their probe, and lamented that he had made clear he “sees nothing problematic in his actions, indicating a poor comprehension of his profession.”

As a disciplinary sanction, AS-MPC said it would impose on Lauber “an eight-percent reduction of salary for a period of one year.”

The 54-year-old prosecutor, who despite the drawn-out disciplinary hearing was last September reappointed by parliament to a third term in office, has 30 days to appeal the ruling.

The disciplinary hearing looked into a series of secret meetings Lauber had with FIFA president Gianni Infantino in the midst of a corruption probe into football’s world governing body.

The AS-MPC opened a probe, finding that those two 2016 contacts, held shortly after Infantino took charge of FIFA from the disgraced Sepp Blatter, were “not problematic”.

But during the inquiry into those two meetings, Lauber told the oversight body he had had no other informal contacts with Infantino — something that turned out not to be the case.

On Wednesday, AS-MPC said it had evidence of a third Lauber-Infantino meeting in 2017.

“The Attorney-General has repeatedly not told the truth to the AS-MPC, to parliament and to the public about his meeting on June 16, 2017 with the president of FIFA Gianni Infantino. It has been proven that this meeting took place,” it said.

Lauber’s office has steadfastly defended the Infantino meetings, insisting they were logistically necessary given the scope of the FIFA graft probe.

Switzerland has pursued a number of cases since a raid on a luxury hotel in Zurich in May 2015 led to the arrests of a several FIFA executives and exposed a corrupt underbelly in world football.