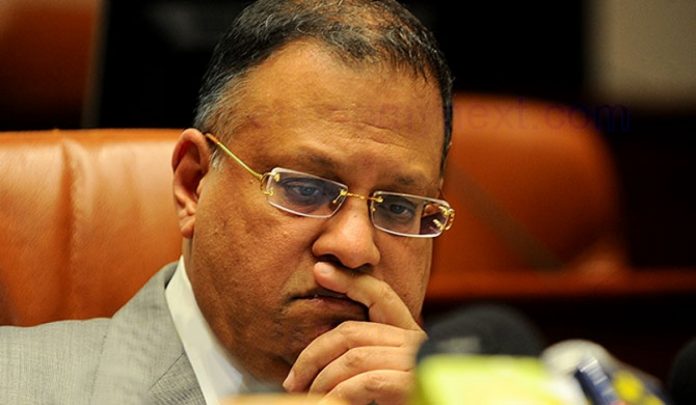 Interpol has issued ‘Red Notice’ for former Central Bank Governor Arjuna Mahendran in connection with the investigations being carried out by the CID on the central bank treasury bond scam. He stated that the red notice will be in effect in all countries and not just in a particular region.

On March 29, the Colombo Fort Magistrate’s Court re-issued an arrest warrant on the former Governor of the Central Bank of Sri Lanka (CBSL) while the prosecution had said it was working on getting a ‘Red Notice’ from Interpol for his arrest. The Criminal Investigations Department (CID) had informed the court that it has filed an application seeking a red notice from Interpol.

The Colombo Fort Magistrate’s Court had initially issued an arrest warrant on the former Governor of the Central Bank on March 15 2018. Fort Magistrate Ms. Lanka Jayaratne had issued the warrant on Mahendran, who is named as the first defendant in the Central Bank bond scam case, on the assessment that he is absconding after considering a request made by the CID and the Attorney General’s Department.

Mahendran has been charged with criminal breach of trust for allegedly providing confidential information of the Central Bank to Perpetual Treasuries Limited, a primary dealer connected to his son-in-law Arjun Aloysius.