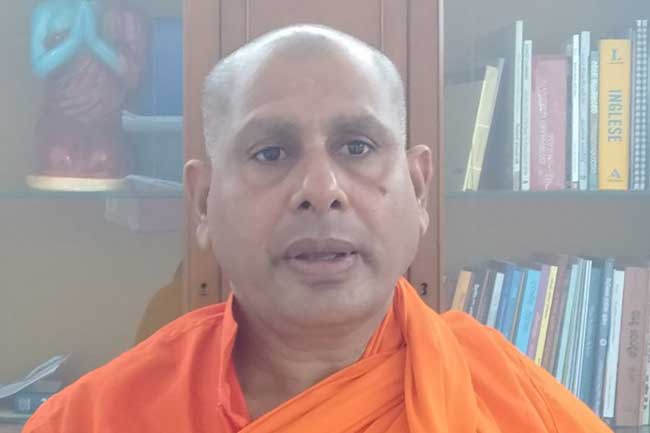 Leader of the Janasetha Peramuna, Venerable Battaramulle Seelarathana Thero has informed the Campaign for Free and Fair Election (CaFFE) that posts being shared on social media regarding his election manifesto are false.

This seems to be a deliberate ploy to embarrass his party by an organized group, the Thera told CaFFE.

“The Thera added that these social media posts have become extremely popular and now its almost impossible for the party to inform the people of their real policies,” CaFFE Acting Executive Director, Manas Makeen said.

CaFFE insists that such deliberate misinformation campaigns are extremely dangerous and that immediate steps should be taken to address these concerns.

Meanwhile CaFFE Director, Surangika Ariyawansha said that they have received information that a number of systematic misinformation and fake news campaigns have been unleashed to deceive voters.

She says that systematic misinformation and fake news poses a serious problem for free and fair elections. “We plan to provide information we have to the National Election Commission (NEC) so that they can take immediate steps,” she said.

CaFFE says it has received 161 complaints and most of them are incidents of election law violations and misuse of state property.