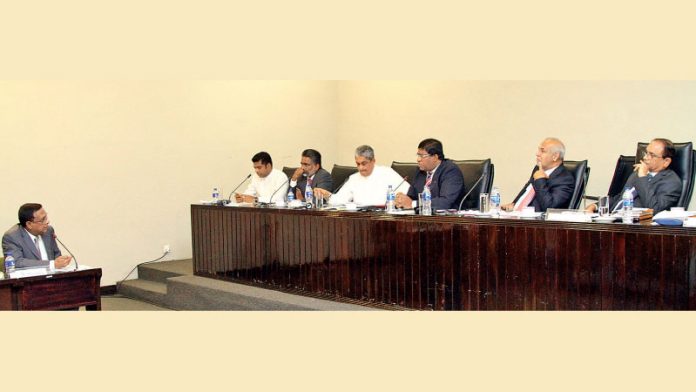 The Special Parliamentary Select Committee appointed to probe the Easter Sunday attacks is looking into extending the term of the panel by another month, says Deputy Speaker of the Parliament Ananda Kumarasiri.

If the committee is unable to prepare its report on the terror attacks by the time its term is due to expire, the members will discuss the matter with Speaker of Parliament Karu Jayasuriya, he commented speaking to media.

The Committee is to produce its report either within 03 months from its inaugural meeting or before the completion of the 03 months on a date set by the parliament.

On May 23rd, Speaker Karu Jayasuriya announced the members of the Special Select Committee, chaired by Deputy Speaker Ananda Kumarasinghe, to probe and report on the coordinated terrorist attacks that took place on April 21.