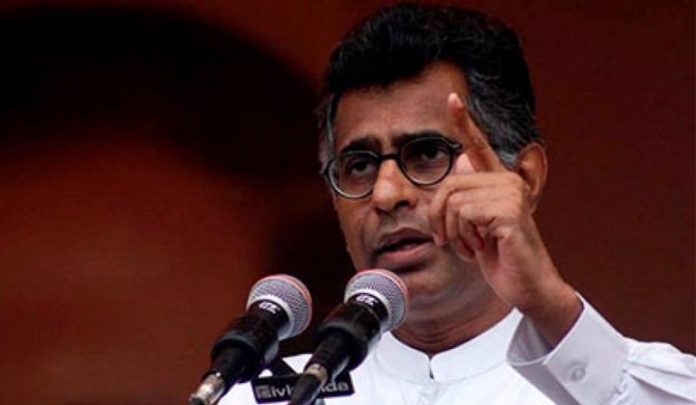 The controversy surrounding Dr. Siyabdeen Shafi for alleged unlawful sterilisation of hundreds of women has to be resolved through a forensic investigation sooner than later because the problem has gone out of hand, Megapolis and Western Development Minister Patali Champika Ranawaka said.

Minister Ranawaka further added that if a pragmatic and analytical probe together with a forensic inquiry was carried out by a team of professionals who are well versed with the issue, this problem could be resolved to the satisfaction of all concerned in a few weeks without wasting time for tedious and time consuming court cases.

Addressing a ceremony held after opening the multi-purpose building and weekly fare at Panduwasnuwara at Hettipola yesterday, Minister Ranawaka said the issue has to be resolved not in courts but by a panel of medical experts.

“We need to conduct a medical analyses to determine whether any Sinhalese mother has been unfertilized after she delivered a baby under caesarian section performed by Dr. Safi. We also need to compare this with Muslim mothers to determine whether they have also lost fertility or not after caesarian section delivery observed by other Sinhalese, Tamil and Muslim VOGs including Dr. Safi. All these medical tests have to be conducted by experienced medical experts and their reports must be released after the inquiry,” Minister Ranawaka stressed.

“The allegations that some one attempted to eliminate a future generation by removing the womb after delivery is extremely sensitive and serious issue not only to Sinhalese Buddhists but to any nation. That is why we need a quick and scientific reply to these allegations. It is sad to note that Muslims and Sinhalese are divided on this allegation and it is a setback to promote reconciliation in the country,” he said.

“Mothers who made allegations that they have lost fertility and developed other complications after giving birth through caesarean delivery performed by Dr. Safi must help the experts’ medical panel to conduct inquiries on the professional conduct of Dr. Safi,” he emphasised.