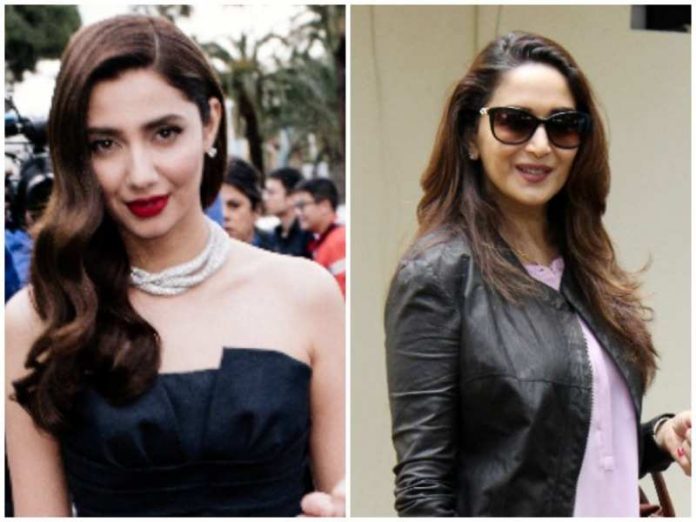 Ever since the song ‘Noori’ from the film ‘Superstar’ was released, fans have been talking about how mahira khan, who features in the song, resembles Madhuri Dixit-Nene. The Urdu film stars bilal ashraf, Nadeem Baig, Javaid Sheikh, Marina Khan, Asma Abbas, Saife Hassan, Alizay Shah and Ali Kazmi apart from Mahira and is slated to release in August.

The peppy dance number, sung by sunidhi chauhan and Jabar Abbas, shows Mahira in a bright orange ghagra choli and blue dupatta. Her expressions and moves are being compared to Madhuri’s in the song ‘Ghagra’ from ‘Yeh Jawaani Hai Deewani’, which released back in 2013.

Several fans immediately pointed out the similarity between the two actresses. Mahira, who first came into prominence with the TV show ‘Humsafar’, has acted in several hit films over the years. In ‘Noori’, the actress looks pretty as a picture and had announced the release of the song with a Twitter post that read, ‘Array, naam mein kya rakha hai? ;).

The actress also shared a heartfelt post when she shared a poster of ‘Superstar’ on Twitter. She wrote, ‘Films have a destiny of their own. I have held on to this for years, waited and wanted it to happen but it has its own heart, one which beats and listens to its own tune. Here it is a sneak peek of a piece of my heart for all of you.’