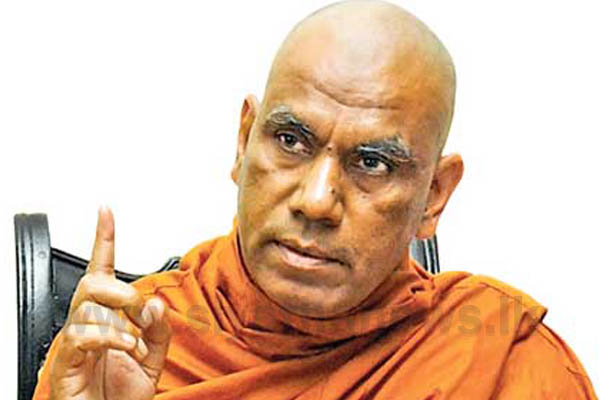 All forms of animal cruelty done in the name of religious beliefs should be put to an end. The Parliament should pass the Animal Welfare Bill without further delay to make such possible, Ven. Omalpe Sobitha Thera said yesterday.

Addressing a news briefing organised by the Justice for Animals Organisation at the Ramanna Nikaya Headquarters in Colombo, the prelate said many people believed in the myth that the world is only meant for humans.

“Therefore, humans believe that they can use animals for their gain by hook or by crook. They think animals have no feelings or mental capacity and consider them as materials. We should oppose to animal cruelty and animal killing,” the Thera said.

He said animal cruelty in guise of religion was a grave crime because a religion should be able to pave the way to create peace in the world.

“Mahatma Gandhi said the parameter of a society’s civility depends on how that society treats animals. In Sri Lanka, Muslims kill animals in the most cruel way and it is well-known. Hindus perform sacrifices at Kovils while a large number of animals are being killed for meat aiming Christmas. There is no room for such a thing or cruelty in Buddhism. If and when that happens, we are completely against it as it goes against Buddhist preaching. The world today blames Buddhists for animal cruelty because of the practice of using elephants in peraharas. We should deplore it too,” the Thera said.

The Thera said even people are being killed in the old ritual of keeping elephants in captive and that Ven. Bellanwila Wimalarathana Thera’s demise was a result of this ritual.

“The world is evolving. There were elephants and horses at the war front in the past but not any more. There should be a modernisation in the affairs where elephant are being used. Buddhists should think about it. Instead of tuskers, can’t we use a ‘Ransivi Geya’ or a vehicle as a replacement? It wouldn’t be bad to call it the ‘Bellanwila Wimalarathana Thera memorial programme’. At the same time, people should not abandon cats and dogs at temples,” the Thera said.

Considering all these, the Thera said the Animal Welfare Bill should be passed in parliament to protect the rights of the animals.

“We have highlighted the importance of this bill in every possible manner to our public representatives but no one is interested in getting it passed in parliament. Because, if they did that, they will not get donations or funds from organisations which back animal cruelty and killings. We request the parliament to get the Bill passed immediately. This law reform is an integral part in a civilized society. The President, Prime Minister and parliament should get this passed in the name of civility,” the Thera said. Ven. Sobitha Thera acts an advisor for the Justice for Animals Organisation.