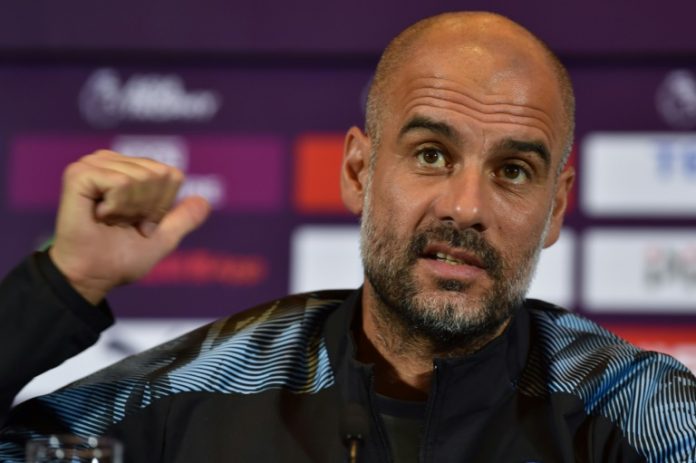 Manchester City coach Pep Guardiola took a swipe Friday at Bayern Munich over their pursuit of Leroy Sane and said there had been no contact from them about the winger.

Former Bayern star Lothar Matthaus was quoted as saying that the German can become the “new face” of the Bundesliga champions.

But Guardiola has made clear his determination to keep Sane, who has been offered a new contract at City but found himself out the Premier League champions’ side at times last season.

“For a long time they are talking about their interest in Leroy Sane,” said an unamused Guardiola, who joined City from Bayern in 2016.

Speaking in Shanghai on the eve of City’s Asia Trophy final against Wolves, Guardiola said there had been no contact from Bayern over the highly-rated German international.

Sane came on as a second-half substitute in a 4-1 win over West Ham on Wednesday in Nanjing and Guardiola is adamant he wants the 23-year-old to stay.

The Spaniard, who backed by money from the Middle East has made City a formidable outfit, did not rule out buying a replacement for central defender and captain Vincent Kompany.

The Belgian left in the summer to take over as player-coach of Anderlecht.

City have since been heavily linked with Leicester City’s England international Harry Maguire, who is also interesting Manchester United.

“There’s a chance (they could buy a defender) but I don’t know it will be possible,” he said.

“We have three incredible centre-backs who can play in that position so… we will see.”